Nineteen-ninety was a curious year in rock music. The top hitmaking artists of the year included Madonna, Mariah Carey, Phil Collins, Michael Bolton, Paula Abdul, Janet Jackson. If you liked rock music and wanted to find it in the mass-consumption media (in other words, on radio), your choices were largely limited to Jon Bon Jovi, Heart, Billy Idol, or (shudder) Poison. (The so-called grunge rock of Nirvana, Soundgarden and Pearl Jam was still a few years away.)

There wasn’t a whole lot going on in high-profile rock that suggested the form was anything besides moribund. For more compelling rock-based music, one had to turn to an emerging format called “new rock” or “alternative rock.” (For the purposes of this discussion, I’m conveniently forgetting about non-commercial college radio – which counted for a lot of what I enjoyed in those days – because it wasn’t as widespread). 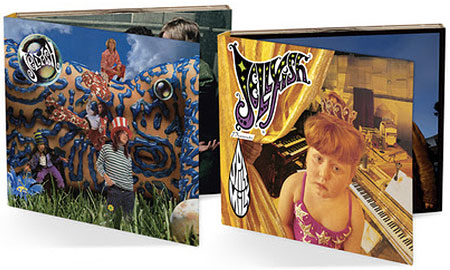 Alternative rock stations such as the one in my then-hometown of Atlanta set their sights on what one might call “guitar pop.” Melodic, rock based music was in, and synthesizer-based pop confections were out. Out, too, were the “dinosaurs” of rock who had (supposedly) been left behind in the wake of punk and new wave; one wouldn’t likely hear Led Zeppelin, The Beatles, Dire Straits or any number of classic acts on alternative rock playlists.

In the same manner as early MTV did almost exactly a decade earlier, this new format paved the way for some very good artists to get their music heard by the masses. Those rock fans who dug “classic rock” and perhaps new wave were often left cold by the glam-metal antics of Poison, and perhaps a bit bored by Genesis drummer/lead singer Phil Collins‘ turn toward adult MOR balladeering. But the music found on these alternative rock stations often hit the sweet spot for those listeners, programming as it did new music from younger artists whose musical sensibilities were rooted in a similar mindset to the rock acts of the past.

What this meant in practical terms is that artists like Michael Penn (1992’s “Seen the Doctor”), Matthew Sweet (1991’s “I’ve Been Waiting”), Greenberry Woods (1994’s “Trampoline”) and even Bob Mould‘s harder-edged Sugar (1992’s “If I Can’t Change Your Mind”) all broke into the mainstream. Arguably, none of these acts would have enjoyed mainstream success on the level they did without the rise of alternative rock radio.

Into this mix came Jellyfish. And for rock fans like myself, it was a huge breath of fresh air. Jellyfish’s original music drew upon the highly complex arrangements aesthetic of 1970s bands such as Supertramp, Queen, 10CC, Paul McCartney and Wings, and the like. Their visual appeal drew upon glam rock, but rather than the androgynous, faux-sexy approach favored by (shudder) Poison, Jellyfish’s visual aesthetic was filtered through a playful, Sid & Marty Kroft kind of sensibility. In short, Jellyfish were fun.

And the music was fun, too. Hardcore Jellyfish fans (see: this writer) have long been divided on which of the group’s two albums is the superior effort, but for those who dig the style, both Bellybutton (1990) and 1993’s Spilt Milk are crammed to the brim with ear-candy gems.

The band split amidst internal dissent not long after the release of Spilt Milk, and that was it. After a long silent period, additional Jellyfish material turned up on Fan Club, a 4CD set that was expensive to begin with. Issued on the now-defunct NotLame label, it was pressed in rather limited quantities, and soon went out of print. Today, used copies fetch hundreds of dollars. Fan Club served up a buffet of demos, outtakes and live tracks that – besides tripling the amount of officially-available Jellyfish music – showed that the collective musical artistic vision of Andy Sturmer and Roger Manning and their band mates burst forth fully formed.

While there are differences between the demo- and official versions of Jellyfish songs, the demos show that the subtle ideas and flourishes were there from the start; it took only a bigger recording budget and the expertise of producers Albhy Galuten and Jack Joseph Puig to present the ideas in a shinier, commercially-digestible format. 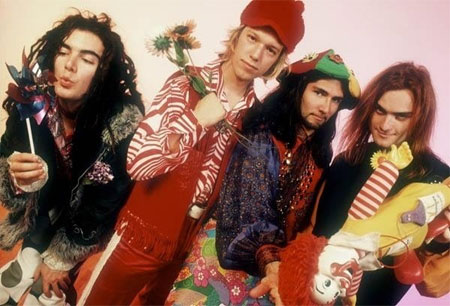 Now in the 21st century, the long-gone Jellyfish are fondly remembered. To my knowledge, there’s never once been any serious talk of the band reuniting, but a steady flow of additional Jellyfish material has found its way to the marketplace, thanks to the efforts of Omnivore Recordings. A live-for-radio set (Radio Jellyfish ) and instrumental mixes of both albums (Stack-a-Tracks ) have been released in the last few years. But (likely owing to the expense involved and the limited commercial appeal) there hasn’t been a reissue of that Fan Club box set.

What Omnivore has done instead is to comb through the eighty(!) tracks on Fan Club, collect the ones relevant to Bellybutton and Spilt Milk, and then create new reissues of each of those two albums, appending the original discs (now remastered) with bonus material that fills the first disc of each to capacity, and a second disc as well.

The contextual placement of live and demo versions of tunes such as “The King is Half Undressed” makes sonic sense for listeners, and it makes for a better listen overall than the solely odds-and-sods Fan Club. The well-known versions of the songs remain the definitive versions, though: it’s hard to top the chiming, upbeat arrangement and production of “Baby’s Coming Back.”

Live and onstage, Jellyfish were – as the live tracks illustrate – a much better band than one might expect. With (at least on the first album) the guitar skills of Jason Falkner, they managed the nigh-on-impossible feat of presenting Just Like the Record versions of complicated arrangements. And that’s no small feat if your lead singer’s the drummer (just ask Phil Collins. Or Chester Thompson).

Bellybutton is the more musically straightforward of the two original albums; it is, I’m told, the favorite of most listeners expressing a preference. I give the nod to Spilt Milk, an even richer tapestry of ideas woven into a seamless whole. Though perhaps my favorite individual tracks are on the first (specifically ‘Baby’s Coming Back” and “That is Why”), Spilt Milk stands up better as a start-to-finish album. Appended with bonus tracks that – among other things – tip the band’s hands as to their influences, both albums benefit from the added context.

As essential for the Jellyfish fan as Fan Club is (or was), these new expanded versions of Bellybutton and Spilt Milk earn the right to be termed definitive.