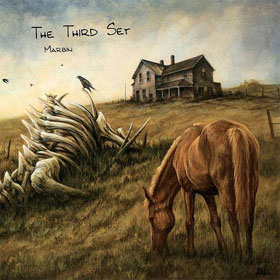 Generally, I avoid reviewing more than one album by relatively unknown artists; even less often – never before, as far as I know – do I review two albums within the space of a year. But Marbin’s the real deal. Jazz-rock is a nearly meaningless term, so instead I might describe them as progressive rock band with jazz technique; they rock, and hard, but their precision is nothing short of stunning. And The Third Set is in fact a live album, combining studio production values with lots of feel and spontaneity. Dani Rabin‘s level of expression on guitar is stunning.