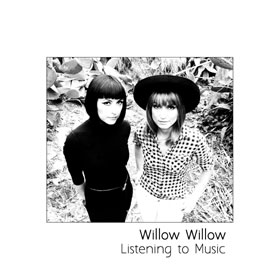 Sweetly jangling pop that recalls everything from Let’s Active to Lesley Gore to The La’s to The Cranberries (especially them) to The Roches, Listening to Music benefits form its fetchingly homespun production vibe and understated approach. The crystalline vocal harmonies of Jessica Vohs and Miranda Zeiger are Cowsills-level swoonworthy. If this music doesn’t make you smile at least a little bit, you’ve got a heart of stone. Innocent but just the rock side of what the British call “twee,” this self-released effort deserves a wide hearing; in a just world this duo would hit the big time. Find this album.