A Thanksgiving Feast of Mini-reviews

Customarily, I take Thanksgiving Day off from posting to the blog (it’s one of very few days in which I do that). In fact I generally write the pieces days in advance, so trust me: I am taking today off with family. But for anyone who tunes in today or after, I present a few short-form album reviews. The theme here is new music that seeks to pay tribute to music and/or artists from the past. My (as always, wholly arbitrary) word limit for each of these is 150 words. 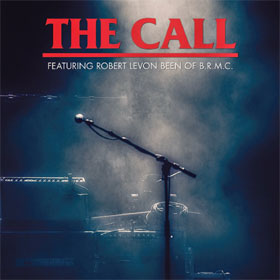 The Call – A Tribute to Michael Been
Santa Cruz, CA-based straight-ahead rock band The Call was one of those curious bands who got some critical cred, despite other styles having taken over as the rock du jour (See also: Grant Lee Buffalo.) No less a light than Todd Rundgren regularly covered “And the Walls Came Down” – The Call’s signature tune – in live shows, for whatever reason (he also did Red Rider‘s “Lunatic Fringe,” so, I dunno.) Leader Michael Been died of a heart attack in 2010; his son Robert (of Black Rebel Motorcycle Club) collaborated with the surviving band members. This album (CD+DVD) is a live concert document of that one-off performance. The set is expertly played and sung, but the mix is lifeless: as a direct result, the whole affair fails to excite as it should. In this role, Been sounds unlike his BRMC material, favoring a vocal style closer to that of Bono. 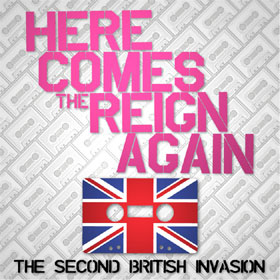 Here Comes the Reign Again: The Second British Invasion
I’ve always held that a good song is a good song, and stands up to reinterpretation in many styles. Clearly those involved in this album agree: a collection of 27 songs – from what we could rightly call the MTV music era – recasts pop songs in a modern-rock/pop format. There are lots of winners here; Chris (Fountains of Wayne) Collingwood‘s cover of The Dream Academy‘s “Life in a Northern Town” opens the set in delightful fashion. Several of the artists manage to add heft to what otherwise might be thought of as lightweight piffle (“Relax”). A few covers hew too close to the originals to make the exercise worthwhile (“West End Girls,” “True”), but overall this is an excellent set from the same high-concept folks who brought you Drink a Toast to Innocence. People on Vacations‘ shimmering rethink of Bananarama‘s “Cruel Summer” is delightful. A few missteps, nonetheless essential. 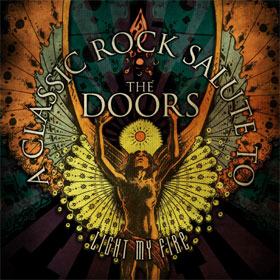 Light My Fire: A Classic Rock Salute to The Doors
Overstuffing a project with talent – the kitchen sink approach – is no surefire recipe for success. So bringing together 45 male rock stars for a Doors tribute doesn’t mean the results will be any good. As with many of these things, it’s a Billy Sherwood project; Sherwood (who plays bass on nearly all tracks) likely laid down reference demos for everybody to follow for their flown-in parts. Lesser lights (the late Jimi Jamison) share the spotlight with some big names. Larry Coryell reminds us that he can rock. Lou Gramm shows us why he’s not fronting Foreigner any more. Leslie West solos all over “Roadhouse Blues,” wasting Brian Auger‘s presence. Yes‘ Tony Kaye and Steve Cropper? Okay: that’s an interesting pairing. Robert Gordon‘s vocals on “Touch Me” are positively gruesome. “Light My Fire” reunites Steve Howe and Rick Wakeman. The Jim Morrison-as-a-winged-Jesus cover art is good for a laugh. 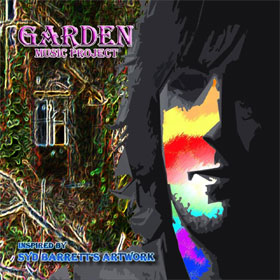 Garden Music Project: Inspyred by Syd Barrett’s Artwork
This project differs significantly from the three discussed above. All of the sounds here are original music, inspired by the work of Pink Floyd founder Syd Barrett. But not by his music: no, the songs are a product of synesthesia (simply put: hearing colors) experienced viewing the paintings Barrett did in his cloistered, post-Floyd days. True, that concept reads a bit gimmicky, but the results are quite interesting. The four piece group that produced this work are European musicians following the lead of artist Adriana Rubio, who spearheaded and produced the session. The vocals (by guitarist Alexander Ditzend) are reminiscent of “Baby’s On Fire” era Brian Eno, and Stefan Ditzend‘s sax work recalls Psychedelic Furs circa Forever Now. Musically, the style does favor Syd-era Floyd, but then it would, wouldn’t it? It’s appealing, retro-minded modern psych, like Robyn Hitchcock used to do. Enjoyable even without knowing (or appreciating) the backstory.