Once again, it’s time for a run of hundred-word reviews. My inbox has been overflowing of late, and even after removing the material that I deem not worth my time (nor yours), I’m left with far too many discs to cover in my customary manner (500-800 word reviews). So herewith are twenty-five – count ’em, twenty-five – brief, to-the-point reviews. The final set of five reviews looks at some contemporary artists – new releases – that fall loosely into the powerpop category. 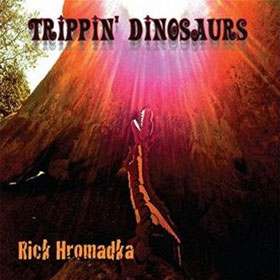 Rick Hromadka – Trippin’ Dinosaurs
As leader of Maple Mars and then 75% of Ruby Free, Hromadka has created music characterized by his strong voice and knack for arrangements that straddle Cheap Trick power with an unerring melodic sense. On this album he goes the solo route, in the tradition of Paul McCartney, Todd Rundgren et al. In some ways, Trippin’ Dinosaurs is a musical travelogue through Hromadka’s influences, but filtered through his sensibility. In the same way that keen listeners can spot a “Todd chord” in Rundgren’s work, Hromadka’s compositional style is distinctive in its own way, and that quality ties together the disparate songs. 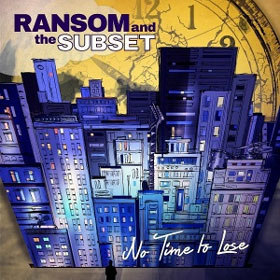 Ransom and the Subset – No Time to Lose
Opening with a red-herring melody and arrangement that sounds straight out of Pet Sounds, this album quickly detours into shimmering powerpop territory. With the clear, out-front vocals of songwriter/guitarist RanDair Porter, the twelve songs on this disc will appeal to fans of Tommy Keene. Most of the tunes rock forcefully, but never at the expense of nuance and melody. The crystalline production values allow the individual instruments to shine, and the propulsive melodies equally emphasize the beat and Porter’s lyrics. There’s a whiff of Fountains of Wayne in Porter’s compositional approach; it’s most evident on “Leaving With You.” Great stuff. 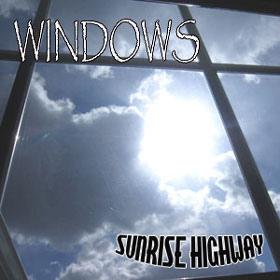 Sunrise Highway — Windows
Sunrise Highway is singer and multi-instrumentalist Marc Silvert plus, it seems, whomever else is around at that given moment. But Windows still sports a unified sound. Powerpop is unlikely to ever set the music world on fire, but within the modest confines of the genre, discs like this deserve a hearing. The bass lines – regardless of who’s playing ’em on any given track – owe a lot to Paul McCartney circa 1966. Silvert’s slightly nasal vocals evoke the Buddah stable of 1970s bubblegum acts, but the strong rock-centric songs provide enough heft to keep that vibe from overwhelming things. 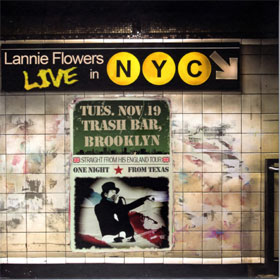 Lannie Flowers – Live in NYC
It sounds as if there were no more than about fifty people in the audience at The Trash Bar for this show. But one listen to Live in NYC and you’ll sense just how fortunate those few truly were. Flowers’ three previous albums — studio efforts all, must-haves all – presented his preternaturally strong melodic sense, and his unerring skill with a hook. The chiming melodies are intact onstage, as is Flowers’ inimitable Texas vocal twang. These live versions aren’t all that different from their studio counterparts, but a powerpop fan can never hear “Around the World” and “Circles” enough. 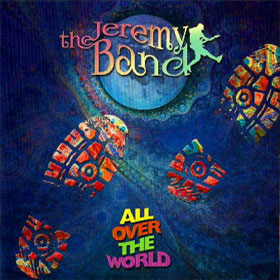 The Jeremy Band – All Over the World
Generally, I’m completely put off by crypto-religious music; it’s simply not my thing, as it generally gloms its not-especially-welcome praise message onto other styles in a shamelessly derivative manner. But when a writer/singer such as Jeremy Morris crafts lovely and irresistible, jangly melodies of this quality, I’m willing to overlook his lyrical subject matter. (See also: George Harrison.) Its seems The Jeremy Band is a mainstay of David Bash‘s International Pop Overthrow, and that right there is one serious trademark of quality. This is an anthology of the group’s live odds and sods, but holds up as a cohesive collection.

That’s it for this week-long round of 25 capsule reviews. Expect more, though; that inbox of mine never seems to empty.