Once again, it’s time for a run of hundred-word reviews. My inbox has been overflowing of late, and even after removing the material that I deem not worth my time (nor yours), I’m left with far too many discs to cover in my customary manner (500-800 word reviews). So herewith are twenty-five –count ’em, twenty-five – brief, to-the-point reviews. The fourth set of five reviews looks at jazz from the 1950s and ’60s; some of it quite rare and largely unheard until now. 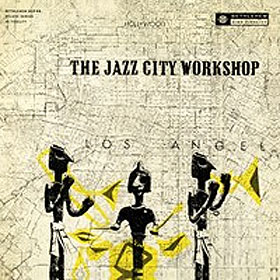 Marty Paich – The Jazz City Workshop
Naxos recently embarked on a reissue campaign, releasing the titles from the small yet acclaimed Bethlehem label. The jazz titles are getting the straight-reissue treatment; they’re noteworthy in that they’re coming out not only on CD, but on vinyl (in their original 10” and 12” formats). This set is led by pianist Paich, but perhaps the real stars here are vibraphonist Larry Bunker and trombonist Herbie Harper. The eight-song album is heavy on covers and standards (“Zing! Went the Strings of My Heart,” a reading of “Autumn Leaves” that anticipates the exotica craze), but the arrangements are uptempo and inventive. 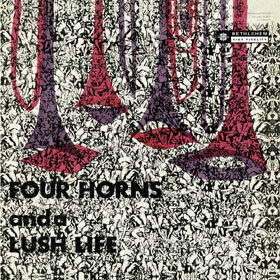 Various – Four Horns and a Lush Life
Here’s another Naxos reissue of a Bethlehem title, again featuring Marty Paich. But here the ensemble is larger (eight players, featuring the “four horns” of the title plus a conductor). The various reviews and online listings of this album don’t seem to know whom to credit: conductor Russ Garcia? Paich? Trombonist Frank Rosolino? It matters little. This 1955 date (I had to look that up; it’s listed nowhere on the original-reproduction packaging) is fun and varied nonetheless. If you like lots of trombones in your jazz – and perhaps even if you do not – you’ll enjoy this swinging set. 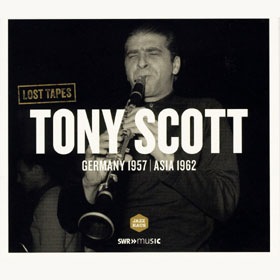 Tony Scott – Lost Tapes: Germany 1957 / Asia 1962
Benny Goodman is the most well-known clarinetist in jazz, but Tony Scott gained some level of fame and acclaim as well. He may be as well known for employing a young pianist named Bill Evans as for his own work. This set from Jazzhaus compiles four sessions: two 1957 German dates (one live, one studio) plus a rare clutch of live sessions from Hong Kong and Singapore dating from 1962 and featuring Italian musicians backing Scott. The tracks show Scott (and band) possessing a firm command of a variety of jazz styles, from soft and melancholy balladeering to frenetic bop. 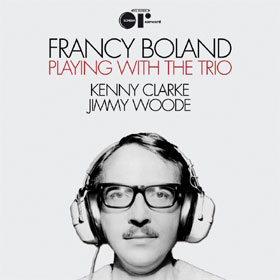 Francy Boland – Playing with the Trio
Jazz pianist Francy Boland first came to fame through his musical association with Chet Baker. He’s primarily known as a big band leader; the core of that group (together 1962-1970 or thereabouts) consisted of him on piano plus upright bassist Jimmy Woode Jr. and drummer Kenny Clarke. This recording studio from 1967, however, presents only that trio. The power and excitement of the big band is distilled into the intimate confines of a trio; here, often big band arrangements are implied (and felt but not heard) in the trio arrangements. Half of the tunes are Boland originals; all are delightful. 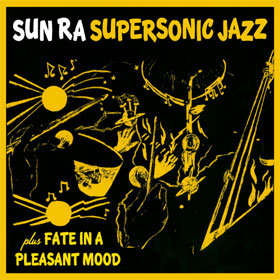 Sun Ra – Supersonic Jazz plus Fate in a Pleasant Mood
Most listeners – even ardent fans of the man – would agree that the work of Sun Ra is not the ideal entry point through which to discover jazz. And Sun Ra’s forbiddingly deep catalog makes it tough to know where to begin. So what the heck: start here, with these two seemingly-randomly-chosen titles combined on a single disc. Supersonic Jazz dates from 1956; Fate was recorded and released circa 1961 (pinning these details down with Sun Ra’s work is often difficult). Exotic percussion and innovative, lyrical electric piano are the centerpieces of these titles. Supersonic‘s “Sunology” is a highlight.