Once again, it’s time for a run of hundred-word reviews. My inbox has been overflowing of late, and even after removing the material that I deem not worth my time (nor yours), I’m left with far too many discs to cover in my customary manner (500-800 word reviews). So herewith are twenty-five –count ’em, twenty-five – brief, to-the-point reviews. The third set of five reviews covers various-artist compilations in various genres: rockabilly, blues and soul. 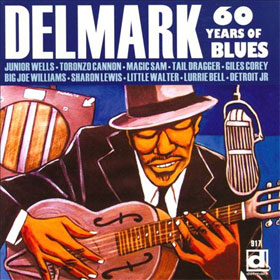 Delmark: 60 Years of Blues
This venerable record label – the nation’s oldest dealing in blues and jazz, in fact – has been responsible for some of the most important blues releases of the 1960s and beyond. This collection draws from old and new material: some of it has been released before to great acclaim; some of the cuts (Big Joe Williams‘ private tape of “44 Blues,” for example) are previously unreleased. As an introduction to the deep Delmark catalog, it’s an excellent sampler. I haven’t heard its companion volume (60 Years of Jazz) but there’s every reason to expect the same level of quality. 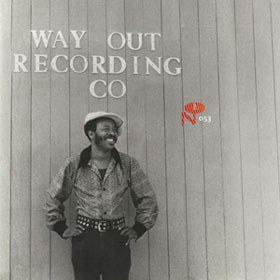 Eccentric Soul: The Way Out Label
The folks at Numero Group pride themselves on their eclectic taste, on their ability to sniff out and dig up hopelessly obscure music that deserves a hearing. Their Eccentric Soul series continues with this collection of tunes from the tiny Way Out Recording Company, based in Cleveland, Ohio. Aficionados of deep-cut Northern Soul will find a lot to like in the digital groove of this 2CD set. For an obscure label featuring unknown artists, there’s a bracingly high level of production and arrangement polish to be found on these tracks. Countless shoulda-been-hit numbers lurk among the forty cuts found here. 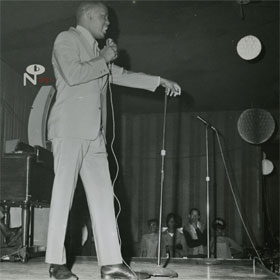 Eccentric Soul: Capitol City Soul
The story of how Numero ended up with tapes from Columbus, Ohio’s Capsoul label is as interesting (and unlikely) as any of their crate-digging, historical endeavors. But thank goodness it happened. This single disc set of obscurities collects twenty numbers – again, songs you haven’t heard, by groups you’re unlikely to recognize – from the period 1969-1973. It’s sobering to think that were it not for Numero, music such as this might have been lost forever. It deserves better, and the loving care with which Numero compiles it (including peerless liner notes) is a gift to all of us listeners. 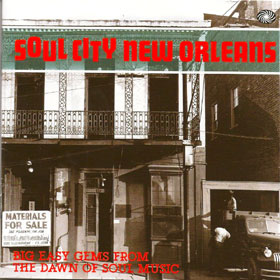 Soul City New Orleans: Big Easy Gems from the Dawn of Soul Music
What with music licensing rules being different than in the US – and thus more conducive to the creation of retrospective compilations – British label Fantastic Voyage has the ability to pull together long-forgotten sides from America’s musical past. One of the latest in this ongoing project is this. This 2CD set presents sixty tunes featuring some of the leading lights of New Orleans music, including Huey Smith and the Clowns, Smith’s on-again/off-again associate Bobby Marchan, Irma Thomas, Aaron Neville, Ernie K-Doe and Eddie Bo. Clive Richardson‘s excellent liner notes (and loads of color photos) make it even better. Essential. 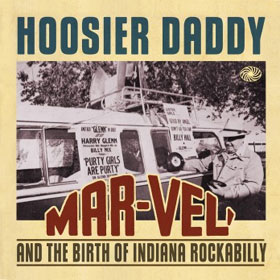 Hoosier Daddy: Mar-Vel’ and the Birth of Indiana Rockabilly
Let’s forgive Fantastic Voyage for employing a horrible pun in the title of this set; instead let’s appreciate their efforts in shining a light on a narrow (yet important) slice of American music. The tiny Mar-Vel’ (that’s how it’s spelled) label specialized in what would come to be known as rockabilly. Across three CDs and more than one hundred tracks, this set chronicles the music out of the Indiana label, circa 1953-1962. Fantastic Voyage must have somehow gotten hold of the masters; these crystal clear recordings surely don’t sound like “needle drops.” A treasure trove for pedal steel enthusiasts indeed.