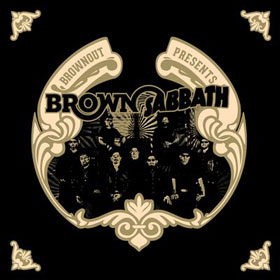 Shine a light into some of rock history’s less well-lit corners, and you’ll discover some strange yet intriguing detours. Among the most remarkable of these is the conceptual mash-up: combining not two different songs, but two different musical sensibilities. The results can often be noteworthy.

Take, for example, the one-off music film clip made for early 1990s Australian television by tribute group The Beatnix: their reinvention of Led Zeppelin‘s “Stairway to Heaven” as a Meet the Beatles-era raver is inspired beyond description. And speaking of Zep, the group Dread Zeppelin had a high concept of their own: a rotund Elvis Presley impersonator fronting a reggae band, covering Led Zeppelin. And so on: Hayseed Dixie got a surprising bit of mileage out of their inspired and hilarious bluegrass readings of classic rock songs by the likes of AC/DC.

The one quality that all these examples share, of course, is humor: in all cases they’re playing it for laughs. But the conceptual pastiche doesn’t have to be a joke. The latest (and perhaps the best) example of we-mean-it-man combining of styles has to be Brownout. The idea of wedding a Tex-Mex horn section and a soulful/funky heavy lead guitar to the songs of Black Sabbath might read like some sort of cosmic joke, but it doesn’t sound like one. 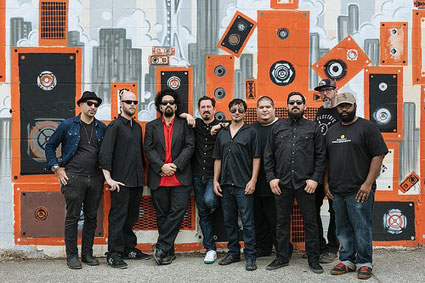 This Austin TX band describes their music as “hardcore Latin funk,” and this outfit – a spinoff from Grupo Fantasma — has long been folding other elements into their signature sound. And they do in fact have a sense of humor: how else to explain the creation of an instrumental that sounds like it could have come out of a Mexican ripoff of the Shaft soundtrack, and the titling of said tune “Brown Wind and Fire.”

The group’s third and latest album is called Brownout Presents Brown Sabbath, and it’s exactly that: clever and inventive reimaginings of seven classic-era Sabbath tunes. Three tracks from the debut album by Birmingham’s metal masters, three more from their 1970 followup Paranoid, and one from Masters of Reality make up the disc. (This leaves at least three – possibly five – Ozzy Osbourne-era Sabbath LPs to cover on a potential followup disc.) 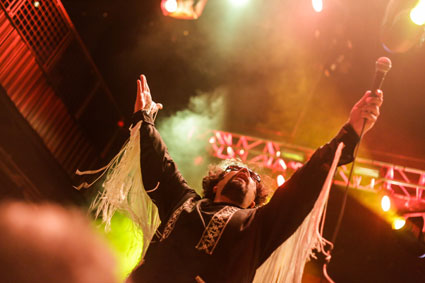 And while when one hears these tunes, a grin is likely to spread across one’s face, it’s really about much more than humor. The uber-heavy dropped-E riffage of Tony Iommy is recast by Brownout as peppy horn charts that owe as much to Herb Alpert’s Tijuana Brass or early Blood, Sweat and Tears. And the melodicism of Sabbath’s group-penned music – a quality that didn’t always shine through on Black Sabbath albums – comes through loud and clear in the hands of this eight-man group.

As tasty as the album is, seeing the group live promises to be an even more attractive prospect. And if you’re in or near Asheville NC, you’ve got the perfect opportunity. Brownout will appear onstage at the Asheville Music Hall – as eclectic a venue as you’ll likely encounter – on Saturday, October 25. Advance tickets are a mere $12 ($14 at the door), and these Austin Music Awards winners will take the stage at 10pm. I’m going; if you make the show, find me and say hello.