All that said, Paul Revere‘s understanding of his band’s place in history was informed by that attitude. He was often willing to be interviewed, but would quickly tire of questions about “the old days.” By all accounts, he simply wasn’t interested in “preserving the legacy” of the band he started more than a half century ago. Thus, one never got much in the way of a quote from him to the effect that Paul Revere and the Raiders occupied an important place in music and/or pop culture history. He left others to make that argument, and he did little or nothing to back them up in their efforts. He was too busy lining up another show to just plain entertain the audiences. 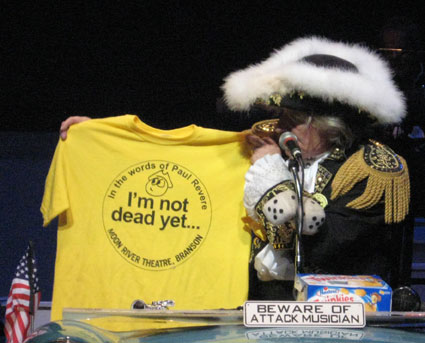 What that meant in practical terms for this writer became clearer and clearer as time wore on: even before his illness, Revere wasn’t all that interested in sitting down for a series of career-spanning interviews designed to form the basis of a Raiders history. Even though I had (directly or indirectly) secured commitments from a long list of people in or around the band’s orbit, the whole proposed project hinged on Revere’s cooperation.

While his estranged co-bandleader Mark Lindsay had turned down my request for interviews connected with a planned book (“I’m writing my own book,” he says, which is, frankly, what they all say), I had a plan for dealing with that: once I had concluded my interviews with Revere, other band members past and present, roadies, friends and, er, former groupies, I planned to reconnect with him (I’ve interviewed him a few times in recent years) and give him the opportunity to help clarify a few things.

I had hoped that my 2010 trip to Branson would include a face-to-face interview with Revere, hopefully the first of several; many months earlier when I was researching for the Raiders cover story I wrote for Shindig! Magazine, I had endeavored to set up a phone interview. At the time Revere’s wife was dealing with some health issues of her own, so Paul was busy looking after her, and unavailable for comment. And in the end, I got only a few up-close-and-personal moments with Revere; we spoke briefly about the cover story and the group’s upcoming cruise gigs. The interview never happened.

I persisted through my intermediary for a long time thereafter; in fact I prepared a “Ten Reasons” sheet for Revere just three weeks before his passing. While there were others in recent years who had gone down a similar path, I was arguably unique in that I didn’t have a secondary agenda. Unlike another party who pitched Revere on a (different) project, I had no interest in engineering a rapprochement between him and Lindsay to serve as a tidy “wrapup” for my telling of the story. Thanks to unwelcome experiences like that, Revere was quite wary of people pitching him on books, films and the like.

As best as I can tell, Paul Revere never saw that “Ten Reasons” document; now I understand and appreciate why that was the case.

It was only the day before Revere’s death that a trollish woman posted on the band’s official Facebook page that “they were no good after Mark Lindsey (sic) left.” Revere wasn’t ever active online, but I’m certain he would have rolled his eyes at that statement, having heard it many times before. The point for him was never looking back. It’s a bit like telling a fifty year old, “You looked better when you were twenty.” Sure, maybe I did, but I’m here now and so are you: take me or leave me. And the heavy performing schedule that Paul Revere and the Raiders maintained up through the end of 2013 proved that plenty of people liked the current lineup just fine, thanks. 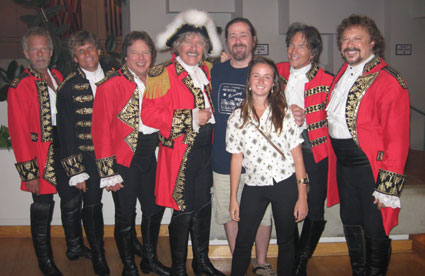 With Revere gone, the band has tweaked its branding a bit: they’re now Paul Revere’s Raiders. Paul’s son Jamie Revere has rejoined the group, and concert dates are scheduled well into 2015. To those who would argue that the band won’t be the same without “Uncle Paul,” I’d agree. It can’t, won’t, and shouldn’t. But neither was it the same without Mike “Doc” Holladay. Or certainly without the celebrated “power trio” of Phil Volk, Drake Levin and Michael “Smitty” Smith. Or Keith Allison. Or Mark Lindsay. Or Omar Martinez, for that matter. It’s about the music and the show, full stop.

And the show will go on. Paul Revere’s Raiders have a new single coming out very soon, issued on red 45rpm vinyl, a cut called “Still Hungry.” The title is an overt reference, of course, to one of the band’s biggest hit singles, 1966’s top-tenner “Hungry.” I’ve heard an advance of it, and while it has almost nothing musically in common with anything the Raiders did in the 60s, it’s a sturdy, rocking tune. As with pretty much every Raiders recording of note from ’65 onward, Paul Revere isn’t audibly present, but his (so to speak) spirit informs the performance, just like it did all the others. I’m certain he was proud of it, though he likely thought of the impending release more as either a show souvenir or a means to get more people interested to buy a ticket to one of his shows.

I expect now that longtime efforts to see Paul Revere and the Raiders inducted into the so-called Rock and Roll Hall of Fame may finally bear fruit. And while they deserve the accolade previously given to such noteworthy “rock and roll” acts as Randy Newman, Public Enemy, ABBA, Madonna, Michael Jackson, Jimmy Cliff, James Taylor and Donna Summer, I honestly don’t think Revere would have cared beyond the award’s potential short-term effect on ticket sales.

Now, the central figure in the Raiders story — the only one there from beginning to end — has gone silent, and done so without leaving a first-hand document behind to tell that story. Of the “original” band (in other words, mostly guy whose names most wouldn’t recognize), only Mark Lindsay remains. Of the most popular Where the Action Is era and later 60s lineups, several survive, and many are still active in music. If I can come up with a way to tell the story as it should be told with the help of several of them, the book idea might somehow get off the ground, but for now it’s on indefinite hold.

I’m sure too that in the meanwhile, various players in and around Revere’s orbit will come out with their own stories. And as is human nature, some of them will portray themselves as the protagonist, the one who gallantly slayed the dragons, stood up to the formidable opposition, and kept the flame burning. And while they all have merit, don’t you be misled: as Revere told Ed Osborne in 2009, “It was my band, and I ran that son-of-a-bitch like a sergeant.”

And he did it dressed like Captain Crunch, laughing all the while. Again, quoting from the Osborne interview (which forms the basis of the liner notes for the 3CD set of the band’s Columbia singles),

“Looking back, we really had an incredible run. We owe so much to Roger Hart and Dick Clark and all the people that worked so hard…overall I can’t complain because we had an unbelievable amount of success that most groups never get to have. Any mistakes that were made along the way don’t mean shit after it’s all said and done. Everything turned out for the best.”

Paul is survived by his third wife, Syd; his adult children; his bandmates current and former; and the legion of Paul Revere and the Raiders fans. A funeral service this coming weekend will be open to the public; after that, a private burial will have him interred in his home state of Idaho. 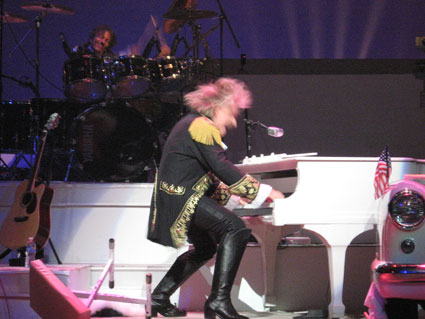