In Memoriam: Paul Revere (Part One) 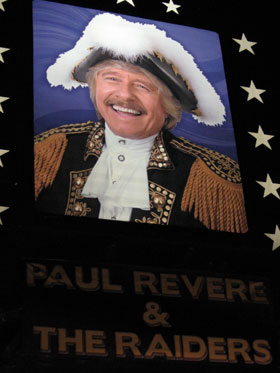 As you have likely heard, Paul Revere passed away on Saturday. Age 76, he had been diagnosed about a year ago with brain cancer; despite that challenge, he remained active and onstage with his band Paul Revere and the Raiders until a few months ago.

As some readers will know, I have written extensively about the man and his band. I’ve also found myself right on the periphery of the inner circle, in regular contact with members of what one might call “the Revere organization,” some of those closest to the man himself. So while I don’t claim any special degree of access, I was perhaps a bit more clued into the situation than the average fan.

The reason for my contact was pretty simple: through intermediaries, I had – for quite some time now – been attempting to convince Revere to cooperate with me on a planned book that would chronicle his fifty-plus years in music. The book would have charted the history of Paul Revere and the Raiders from their earliest days as The Downbeats; through the period when they were one of the hottest bands on the Pacific Northwest scene (when they cut “Louie, Louie”); on through the most well-known period when they signed with Columbia and racked up more television appearances than any other musical artist before, then or since; through the lean years in the early 1970s, by which time the band had fallen out of popular favor and lost charismatic lead vocalist Mark Lindsay; and – and this is important – from then until now, when, save for a brief year or so – Revere continued to lead the band through a revue/nostalgia phase that brought joy to countless baby boomers (and their kids and grandkids). 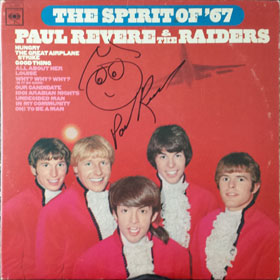 That last part really is important, because knowing what I do know of the man, this post-record-deal period (lasting some thirty years now!) would have been every bit as important to Paul Revere as the hit-making 1960s era. Some (and if they have any self-awareness at all, they know who they are) go on endlessly about the so-called “Raiders legacy,” but at the risk of projecting a point of view onto someone who has passed on, I strongly suspect Revere would have shook his head and laughed at that. Paul Revere was that rarest of creatures, the likes of which one doesn’t stumble across much these days: an entertainer. His brief, as he saw it, was to entertain. He was largely untroubled by such ambitions as “artistic self-expression” and such.

Now, don’t get me wrong: the man could play some mean piano. Perversely, many of the obituaries now appearing in print and online credit Revere as “leader and organist” of his band. While it’s true that on many of the group’s biggest hits, the Vox Continental organ is the keyboard of choice – and Revere was often seen mime-playing the organ in video clips and on episodes of Where the Action Is – he’s on record as saying he truly disliked the organ. On record, the parts were often played, uncredited, by others: Glen D. Hardin, Van Dyke Parks, sometimes even bassist Phil “Fang” Volk. Revere was a boogie-woogie piano man of the highest order, and he could still wow ’em when he wanted to. When I saw him onstage in 2010, he did a show-stopping solo number, and (cough, cough) there’s a private audio recording of that performance to prove just how amazing it was. 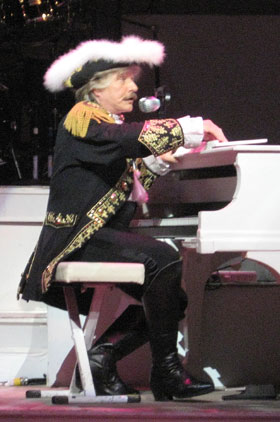 But onstage and in other idioms, Paul Revere sought to entertain, not make artistic statements. That’s why his revue band (circa 1975 onward) ran through somewhat perfunctory versions of the hit singles; the live versions were smashed together in an all-killer-no-filler medley that gave each hit something like thirty seconds to a minute. Revere rarely composed songs for the band, and as such his approach to the catalog might seem irreverent: give ’em a few seconds and move on, he would have thought. His well-worn stage banter included a bit about successfully rewriting one of the band’s biggest hits “backward” so they could earn another hit. Coming from anyone else, such sentiments would have sounded cynical and antagonistic; from Revere, it was all good fun, all done in the same spirit of serving more of that elusive quality we call entertainment. 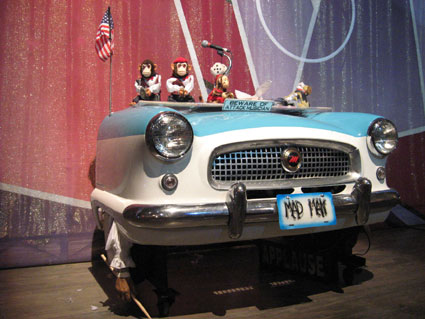 And it was Revere’s general disinterest in “artistic” statements that factored into his mid 1970s break with Mark Lindsay. (Yes, yes, hardcore fans: I know well and good that there are other reasons, but it’s not ours to speculate, and I’d argue that most of those issues flow originally from the two men’s basic lack of meeting-of-the-minds.) By the time of a fateful gig at Knott’s Berry Farm, Lindsay had decided he had had enough: he had aspirations (realized to an impressive degree) of a solo career, and had tired of cranking out the hits to amusement park and county fair audiences, so he split. With his focus on entertainment, Revere had no compunction about replacing Lindsay (and anyone else before or after who needed replacing) and soldiering on, so to speak. Long-time Raiders manager and confidante Roger Hart succinctly characterized Revere’s attitude toward his band: “a well-oiled machine, with occasional spare parts.”