The series wraps up – for now – with looks at new music from American artists. 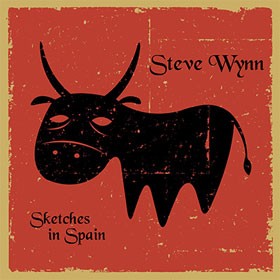 Steve Wynn – Sketches in Spain
This Omnivore Recordings collection isn’t exactly a reissue: the albums from which the 19 tracks are drawn (Smack Dab and Australian Blonde) were released only in Spain. Sounding like a cross between Television and Gang of Four, Smack Dab prominently features Linda Pitmon‘s thundering bass. The even-earlier (but released later) Australian Blonde material is surprisingly poppy, shimmering ear candy that may come as a shock to those familiar with Wynn’s other work. Some unexpected and thematically linked covers (Three Dog Night‘s “Never Been to Spain,” Los Bravos‘ “Black is Black”) showcase Wynn’s latent skill at interpreting the work of others. 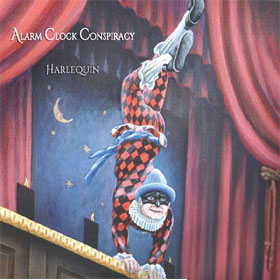 Alarm Clock Conspiracy – Harlequin
Back in early 2012 I championed their first album, but on Harlequin, this Asheville NC-based quartet has seriously raised the bar. Thanks in large part to the songwriting prowess of two very different composers (guitarists Chris Carter and Ian Reardon) the album is a near-perfect balance of powerpop, Southern rock and progressive-leaning rock. Reardon’s title track hints at what “modern country” could sound like if the genre didn’t, y’know, suck. The soaring yet understated harmonies on Carter’s “Thinking Of” are delightful. It wouldn’t surprise me to see this album picked up by a larger label and reissued. Buy this disc. 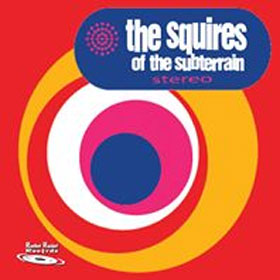 The Squires of the Subterrain – s/t
As on the last outing from this “group” (Christopher Earl and occasional guests), this disc – either self-titled or called Stereo – feels like a lo-fi update of The Beach Boys, SMiLE era. That said, its most modern corollary might be Olivia Tremor Control; Earl and those Elephant 6 guys share a common aesthetic vision. Ba-ba-ba vocalisms rest comfortably aside jangly guitars and intentionally gauzy production. With its chirpy horn section and chiming backing, “History” weds Sgt. Pepper stylings to Herb Alpert & the Tijuana Brass. With his deft way around a melody, Earl could be labeled America’s Martin Newell.