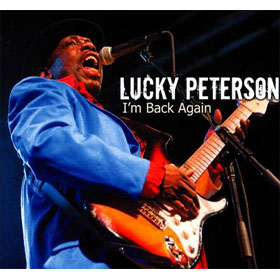 Lucky Peterson – I’m Back Again
On his 2010 album You Can Always Turn Around, Peterson displayed his prowess on vocals and the duolian resonator guitar; this new set shows his power onstage in front of an appreciative crowd. Backed by a crack blues trio, Peterson shows this Berlin audience that he can tear things up on Hammond B3 as well. In addition to standards, he takes on Ray LaMontagne‘s “Trouble” and a few original numbers. He may sport the nickname, but listening to this CD suggests that it was the people in the audience at the 55 Arts Club who were truly the lucky ones. 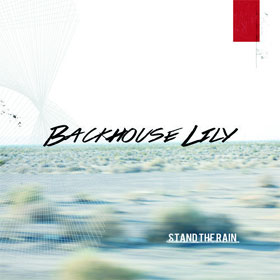 Backhouse Lily – Stand the Rain
As with their previous release, the duo calling themselves Backhouse Lily creates music that seems to have more instruments than are actually present. This album is a bit more groove-oriented than their last, but the bass-and-drums configuration is no gimmick; it’s merely what they do. To classify this in a narrow genre would do it a disservice; instead I’ll note that listeners who enjoy the melodic yet adventurous side of modern rock (say, Porcupine Tree) may well enjoy Stand the Rain. The music on this instro set in turns rocks hard and grooves, and it’s never too clever for itself. 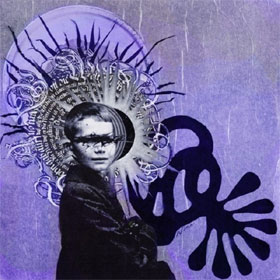 The Brian Jonestown Massacre – Revelation
New music from Anton Newcombe‘s retro-minded Brian Jonestown Massacre is always welcome here at Musoscribe. Unlike some other modern psych bands (Black Angels, for example), BJM takes The Rolling Stones‘ oft-maligned Their Satanic Majesties Request as their jumping off point. The results are equal parts dark and catchy. There’s a garage-y, slipshod/scuzzy vibe at work on Revelation, and that’s a very, very good thing. Things kick off with the hypnotic “Van Hande Med Dem? (possibly “What Happened to Them?”) and the level of quality stays high. Some of the sax work recalls early Psychedelic Furs; lots of depth found here.