Today’s four feature music from acts based in Europe or southeast Asia. 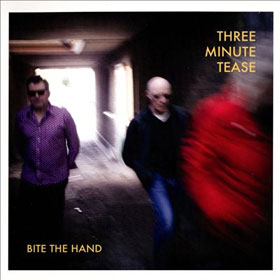 Three Minute Tease – Bite the Hand
A few years ago, American expatriate Anton Barbeau relocated to Germany, and then he commandeered Robyn Hitchcock‘s old band mates Andy Metcalfe (bass) and Morris Windsor (drums); the resulting trio serves up some fine dark-hued powerpop. On their latest, Bite the Hand, they’re joined (on vocals) by wonderful husband-and-wife team Khoi Hunyh and Karla Kane from The Corner Laughers, and on one track, the legendary and still-active Keith Allison (Paul Revere and the Raiders) on guitar. But it’s Barbeau’s voice songs at the center of it all, from the anthemic opener of “Bravely Fade Away” right through to the end. 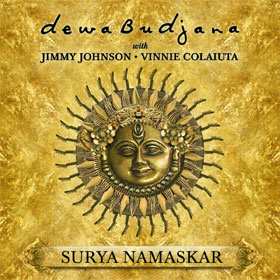 Dewa Budjana – Surya Namaskar
Though Budjana’s Indonesian, listeners won’t hear much in the way of “world music” on this progressive/fusion outing. Featuring former Frank Zappa drummer Vinnie Colaiuta and sought-after session bassist Jimmy Johnson, this is a melodic trip through the instrumental progjazz world. The influence of John McLaughlin is one Budjana wears on his sleeve (and, as the gatefold photo shows, on his chest as well; I have the same t-shirt). The album occasionally sounds like mid 70s Jean-Luc Ponty sans violin. Stinging guitar runs and knotty bass figures atop crackling drums makes this electric outing a delight for fans of the genre. 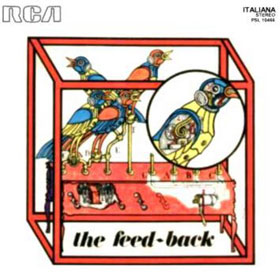 The Group – The Feed-back
Here’s a very strange – and until now, extremely rare – album: an avant-garde noisefest featuring Ennio Morricone (yeah, the spaghetti western soundtrack composer). But this sounds nothing like the soundtrack from The Good, the Bad and the Ugly. This collective of composer/players officially bore the moniker Gruppo di Improvvisazione di Nuova Consonanza, hence the shortened Il Gruppo (“The Group”). Sounding like a cross between Freak Out! Mothers, Can, and The United States of America, it’s a weird yet wonderful foray into the outer reaches. It’s also not miles away from the kind of thing you’d hear on Bitches Brew.