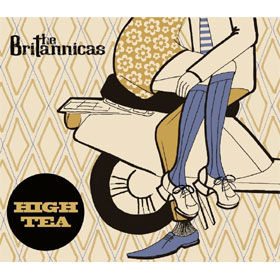 The Britannicas – High Tea
It’s thanks to the wonders of modern technology that an act such as the Britannicas could even exist: the members are scattered across the globe (USA, Sweden, Australia). But the infectious, highly melodic result of their internet-based collaboration belies that fact. Creamy vocal harmonies, beefy bass lines and chiming electric guitars are the order of the day. The music is richly textured, not unlike a slightly more jangly (and occasionally, slightly less rocking) Smithereens. For people who believe that the best kind of music came out of A Hard Days’ Night, The Britannicas’ High Tea will be manna from heaven. 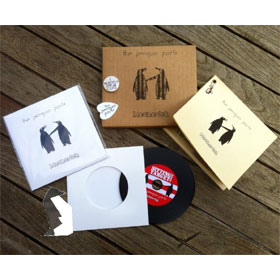 The Penguin Party – Mesherlek
Don’t let the endlessly inventive packaging distract you from the fact that Mesherlek is simply wonderful. Equal parts snotty and uncompromising pub rocker (think: Graham Parker, early Elvis Costello or Nick Lowe) and wry commenter on lives writ small (think: Fountains of Wayne or Ray Davies), Dave Milligan has a seemingly bottomless well of wry/hilarious story songs wedded to killer riffage. Topping Sex Furniture Warehouse would seem an unachievable feat; with this album, Milligan and his mates have pulled it off. From the jaunty ska of “Do You Know Who I Am? to “Token Tree Hugging Ecological Song,” it’s essential. 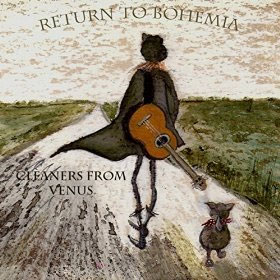 Cleaners from Venus – Return to Bohemia
Martin Newell‘s witty observations are always wrapped in lovely melodies. His latest one-man effort is no exception. “Cling to Me” sounds like the demo of a hit tune (and is a bit reminiscent of Robyn Hitchcock‘s “Element of Light”), and the rest of the album is just as swell. Newell won’t likely win scores of new converts with this low-key affair, but those who’ve been hipped to the wonderment of his work will surely find plenty to treasure here. He has a huge catalog, but Return to Bohemia is as good a place as any for the initiated to start.