Today’s three are all new reissues of previously-released albums. 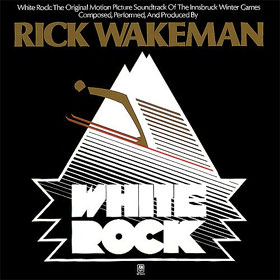 Rick Wakeman – White Rock
Another in the keyboard virtuoso’s steady stream of 70s album releases, this is Wakeman’s official soundtrack for the 1976 Winter Olympics. This one is all instrumental, featuring only Wakeman and a bit of percussion on some tracks. No mucking about with singing or guitars, and precious little choir either. With the exception of the somewhat pedestrian “blues” of the title track, it’s lovely, varied, evocative music that shows the once and future Yes keyboardist’s skills as composer, arranger and musician. Those digging this may also enjoy Real Gone Music‘s reissue of Wakeman’s 1977 Criminal Record (I wrote the liner notes). 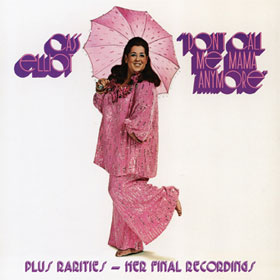 Cass Elliot – Don’t Call Me Mama Anymore
To me, the music of The Mama’s and the Papa’s always leaned in a wide-appeal direction, the kind of thing you parents wouldn’t hate. And that’s not a bad thing. On this, Cass’ final release, she lays bare her ambition to be an all-around entertainer. Backed by a crack band including Joe Osborn and Jim Gordon, she’s the singing star of a very successful show, working her way through a nice mix of showbizzy tunes on this soundtrack from her 1973 CBS-TV special. Her delightful reading of Paul McCartney’s “My Love” is a highlight. Bonus tracks make it even better. 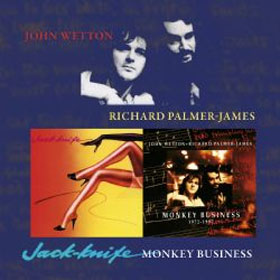 John Wetton and Richard Palmer-James – Jack Knife/Monkey Business
This interesting gap-filling release is a 2CD set documents the work that bassist/vocalist John Wetton did through the 1970s with musical partner (and sometime King Crimson lyricist) Richard Palmer-James. Though dated in places, it holds up well. Some of the playing is quite fiery; Palmer-James is an unexpectedly good guitarist. Some tracks are mere snippets (“Starless 1,” “Starless 2”) and as such aren’t nearly as interesting as their titles might suggest, and a couple of late 90s tracks are merely okay, but the package overall is recommended to progressive rock fans who don’t mind the more commercial side of things.