Bill Kopp: For a lot of people, myself included, Dear 23 and/or Frosting on the Beater are cited as the best Posies work. With Amazing Disgrace, you went in a much harder rocking direction. There wasn’t really anything on Failure that sort of hinted at that sort of future. Was the change a sort of natural progression for you both, or was a conscious decision: “hey, let’s rock out on this one.”

Ken Stringfellow: It’s very easy to explain. When you listen to Failure, you’re listening to a duo who had never toured, never played in a club. We had played two acoustic shows. By the time of the release Dear 23, we had been playing as a local band quite a bit, but had done very minimal touring. But then we toured and toured and toured throughout the US. And then we played empty clubs for a year, and then we toured with The Replacements, which was obviously much better. And then after that we were a touring juggernaut. Venues were packed. And it upped the ante on our live show. The energy you have playing in clubs for four people night after night, I’m sad to say, is different than playing to 500 or 800 people who are really into it. We gained confidence, and we enjoyed playing intensely. And that resulted in a more rock kind of presentation. 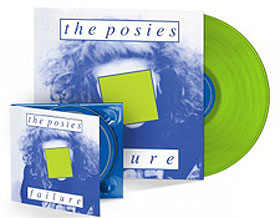 Jon Auer: It wasn’t a conscious move, not at all. I wish I could say The Posies were calculated, but we really weren’t. When I look back at things, I see that we just went where the music took us. Every one of our records from that era is incredibly different. Amazing Disgrace is an eclectic bunch of songs, if you really listen to it. By the time we made that record, we were a little angrier. We had gone from youthful enthusiasm to early adulthood, a time when you’re figuring out how the world works for you.

Even from the time of Dear 23, if you had seen us onstage, we were a rock band from the get-go. By Frosting on the Beater, it became more about the visceral side of things; there was still craftsmanship, but it was more about the energy.

Bill: If you’ve got a rhythm section behind you, kicking your ass, then it’s going to rock harder…

Jon: And playing in front of people makes a difference. You can be precious about things in the studio, but I’ve found that doesn’t transfer live. I want energy when I see someone play live; otherwise, what’s the point? I can stay home and listen to the record. 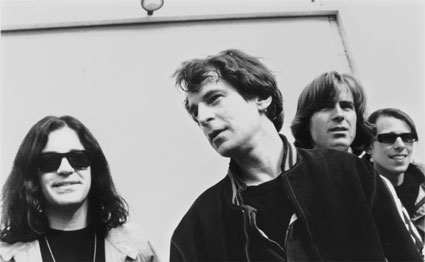 Bill: The last Posies album was Blood/Candy, and that was four years ago…

Jon: It’s really cyclical with The Posies, because we both have a lot of things going on otherwise. It’s a long term relationship, so it’s good for us to be able to do all these other things. We’ve got these reissues happening, but we don’t want to just be pushing the old; we want to push the new, too. So while I can’t say when, I feel like it’s going to be sooner than later. I wouldn’t be surprised if you see something new [from The Posies]  in the next year…or two.

Jon and Ken also talked with me at some length about Big Star. We reflected on their experiences as young musicians discovering the band for the first time, and then upon later years as members of the re-formed lineup. I’ll share those in a feature that will be out later this year, around the time of the release of a Memphis Big Star concert. – bk