Bill Kopp: There’s a track of yours on Yellow Pills Volume 2, “Saying Sorry to Myself.” To my ears it has all the hallmarks of the first album. I like the way you take a bit of the lyric of “The Ballad of John and Yoko” and stand it on its head. Does the song date from the period around the making of Failure, or is a later recording?

Ken Stringfellow: It’s funny that you bring that song up. We haven’t played it in ten, fifteen years. I just had someone write me from Japan today, asking me if I had the lyrics to that song handy. I said no; I hadn’t even thought about it in fifteen years. By the time we got around to recording “Saying Sorry to Myself,” it was with a full band. It was done, I think, at Egg Studios, an eight-track studio that was owned by the owner of PopLlama.

Jon Auer: It’s interesting that you picked that song to mention. That’s one that kind of got thrown by the wayside. If you consider that it was an eighteen year old singing it, it does have the feeling of someone a little bit older. I’m glad that you appreciate that one.

Ken: That song followed on the heels of Failure, as our songwriting transitioned from the chirpy, bright- eyed, bushy-tailed thing that Failure is. Every line in “Saying Sorry to Myself” is clever wordplay. That clever thing was very appealing to us, because we were not grown up or experienced enough to put that much emotional depth into words. But things started to happen shortly after that; we matured, and some of the darkness that we knew from our young lives started to make its way into the lyrical content. The mood of things got a little deeper even by our next album. 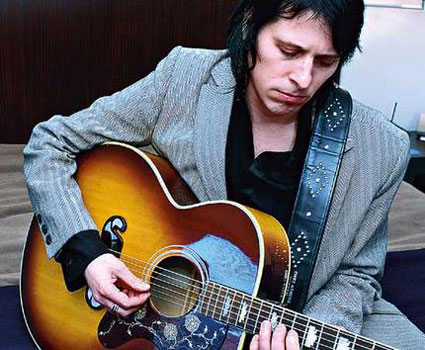 Just as Failure came out, and we did find a bass player (Rick Roberts) and drummer (Mike Musburger), I moved into an apartment in the house that they were sharing. And a month later Mike moved out to his own apartment, and Jon moved in. We had a central room in that house to rehearse in. I dropped out of college and took a job that wasn’t too demanding so that I could have my living expenses covered. And that summer of 1988, we really got into writing a lot of songs. A lot of those songs were in the vein of “Saying Sorry to Myself.” And in that house we wrote a lot of songs that didn’t make it onto our 1990 album Dear 23. We were more dialed into things; three of the four of us worked in record stores, so we had access to a lot of things.

And in turning this chirpy, clever kind of melodic pop songwriting into something with more depth, it was at this time that we were introduced to the music of Big Star. And that was thanks to some of the more wise fellows who worked in those record stores. And that changed our songwriting: here was great, exuberant pop music with a lot more depth and wistfulness, a whole ‘nother emotional dimension. And it was made by people who were our age: when #1 Record came out, Alex Chilton was about 20. They set our bar to a whole different level. 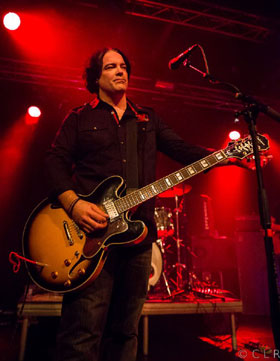 The subsequent intertwining of The Posies and Big Star and REM is getting into the quantum physics field. It’s so odd that I went from such a distant observer of these bands to entering their lives.

Jon: I’m the guy who had to go through the archives for all these reissues that are coming out. After Failure, eventually Dear 23, Frosting on the Beater and Amazing Disgrace are all getting this reissue treatment from Omnivore Recordings. And I think that “Saying sorry to Myself” has definitely got to be a bonus track on the Dear 23 reissue. I had forgotten we had so much stuff; these reissues are not going to be like just repackaging. We’re going to have a hard time figuring out what not to put on these things.