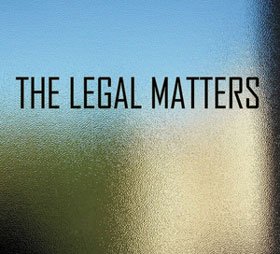 My friend Bruce Brodeen occasionally endures some good-natured ribbing for those mini-reviews he penned in his NotLame mail order catalogs of the 90s. If you viewed his writing a certain way, it seemed like he thought everything was great. But I’m reminded of the (possibly apocryphal) conversation between a fan and Raymond Burr of TV’s Perry Mason: approached on the street and asked how he could possibly win every case, Burr is said to have replied, “Well, madam, you only see the cases I try on Thursdays!” Point being, some reviewers (myself included) don’t waste much time shining light on lesser efforts, unless they deserve it. With that in mind, here’s another review in which I basically tell you that I really dig the music.

I first stumbled across the music of Andy Reed in early 2012, around the time his album Always on the Run (credited to An American Underdog) was released. Reed’s a busy guy: he’s also a member of The Verve Pipe, whose recent album Overboard is enthusiastically recommended to fans of timeless pop (rock guitar and vocal variant). But those two ongoing projects are seemingly not enough to keep him occupied; he has of late joined forces with two songwriters (and musicians and singers) of comparable merit to form The Legal Matters. Fans of shimmering, memorable pop rock won’t want to miss their self-titled debut album. Joining Reed are Keith Klingensmith and Chris Richards; the trio share composition duties, and take turns on lead vocals.

“Stubborn” is some delightful midtempo rock with just a hint of country influence, on the level of Tom Petty or Gin Blossoms. There isn’t any filler on The Legal Matters: subtly distorted guitars are joined by rhythm guitar (often acoustic, always a good thing in this sort of context), plus plenty of lovely vocal harmonies, like the “la la la” and “ooh” bits peppered throughout Reed’s “The Legend of Walter Wright.” The Legal Matters don’t sound exactly like anyone else, but there are some production and composition signatures that suggest a stripped down answer to Rick Hromadka‘s Maple Mars.

Klingensmith and Reed cowrote “Mary Anne,” one of the most gentle and contemplative tunes on the disc. Subtle instrumental backing supports some carefully stacked vocals.

The Legal Matters might be thought of as a songwriters’ collective. Richards’ “It’s Not What I Say” would work well enough as a guitar-and-single-vocal tune, but here, with the (still understated) backing of band mates, Richards and his song end up recalling the best of soft rockers like Pure Prairie League. An acoustic guitar solo is the cherry on top.

The spare and restrained instrumentation on Richards’ rock-oriented “Before We Get it Right” recalls The Beatles‘ “Getting Better.” Reed’s “So Long Sunny Days” strikes a wistful tone, and his lyrics are wholly consistent with that approach. Once again, the tight and carefully-applied vocal harmonies are a highlight. The c&w influence is more pronounced on “Outer Space,” but it’s presented well within a melodic pop context, free of artifice; the song’s bridge takes things to another (higher) level entirely.

The Legal Matters closes with Reed’s “We Were Enemies,” wherein the trio judiciously applies a bit of keyboards to support the melancholy number. The soaring harmonies and electric lead guitar balance things nicely, ending the album on a perfect note. The extended outro (full of ahhh vocals) is a delight.

More, please. Timeless pop like this is never in great enough supply, though The Legal Matters are certainly doing their part.