Never Had It Better: A Chat with James Lowe of The Electric Prunes (Part Two)

Bill Kopp: In 2012 I wrote a blog entry in which I suggested that Syd Barrett may have – consciously or otherwise – nicked the intro of “Are You Lovin’ Me More (But Enjoying It Less)” for Pink Floyd‘s “Astronomy Dominé.” The two are too similar for it to be coincidence, I think. And it’s well established that Barrett was listening to a lot of American music, having admitted to being inspired by the riff of Love‘s version of “My Little Red Book” when he wrote “Interstellar Overdrive.” So although the Electric Prunes weren’t active for a very long period back in the 60s, the band’s influence outpaced its record sales. Do you hear the sound and approach of the Prunes in bands that would come after? 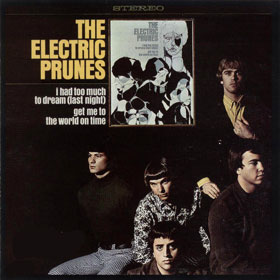 James Lowe: I think what it probably was, most of all, was is that “Are You Lovin’ Me More (But Enjoying It Less)” was a really weird sounding record. So I think that we got thrown in the weirdo category when we were actually pretty normal. I can see why the music of that time became a sort of turning point, because things were going electronic. And with stuff going backwards and sliding around, maybe that was there at the right time. I like that record. A lot of people don’t like their hit records; I love it.

BK: Also in 2012, Real Gone Music put together a complete singles collection of the band’s Reprise releases, The Complete Reprise Singles. The thing that made it special was hearing the mono versions of all of those songs. On the first couple of albums, what degree of input did the band have regarding things like arrangements, mixes and so forth?

JL: We did all the arrangements. And I did the mixes with Dave Hassinger, mostly. People have asked that before, about mono versus stereo. The first mix was always the mono mix. Because some people had stereo; some didn’t. So you’d sort of be making a stereo mix for a few people. But the mono mix was the thing that went on the radio. At American studios, we’d make a mix of something, and then we’d go out, transfer it to the car, and sit in the car and listen to it on the radio. Mono was very important. I know why a lot of people collect it, because it does sound different. 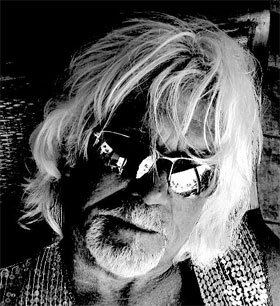 BK: That said, the stereo effects are cool. But I still prefer those mono mixes.

The songs on WaS: were they written expressly for an album or is the album a sort of collection of material you had floating around, and you just decided that now was the time to put something together?

BK: I’m impressed by just how – dare I say – authentic sounding the new album is. In the age of ProTools and digital recording, it’s paradoxically, I think, more difficult to make an album that has that particular sonic quality of the mid to late 60s. I think you succeeded. What did you do special to make that happen?

JL: I think that a lot of the things that make it sonically the way that it is have to do with this: we always did everything through the amplifiers. On our recordings, when we wanted to get an effect, we’d get it with the amplifier. Rarely did we really use the studio devices to create an effect. So a lot of the stuff on disc is just the way we really did, trying to – for example – take a Fender Reverb amp and do something weird with it. And I think that makes a difference; there’s a certain kind of warmth to my ears. I like digital stuff, but this is kind of a combination of those things.

BK: I would think also that if you’re achieving the sounds that way in the studio, it’s going to be that much easier to recreate those sounds live onstage.

JL: It does, yeah. It at least gives you a handle to hang the stage act upon. So there’s nothing so abstract that you could never play it.

BK: What’s coming up as far as live dates in the near future for the Electric Prunes?

JL: I don’t know; I was hoping that you were going to tell me! We’re hoping to go to Europe. We keep getting these adventures offered to us, but the hardest part is to get people off the couch and to come out to a show and see the band. People always tell us, “Hey, I had no idea you were in town!” And I think, “Why not? Why wouldn’t you know?” It seems that people would rather hang and watch Netflix than they would go down to some place and see an old band play.

More information about the band and their new album can be found at http://www.electricprunes67.com/