“How did we get where we are right now?” A Conversation with Todd Cochran (Part 3)

Bill Kopp: We’ve touched on this a bit already: there’s absolutely no guitar on the album. Was that a conscious decision on your part, to arrange the music without the use of guitar? As I mentioned earlier, I come from a rock background, so I’m still learning about jazz. And one thing I’ve learned is that, as often as not, the beat in jazz is implied rather than explicitly laid down. What I find on Worlds Around the Sun is that guitars are almost implied.

Todd Cochran: Yes. And that came from the Clavinet; that’s what I was thinking about. And the Fender Rhodes electric piano allowed me to dictate that rhythmic aspect much more clearly. The colors that the Rhodes gave to the music were pretty new. Some of those records that you were speaking of by Cannonball Adderley – “Mercy, Mercy, Mercy” and that period – feature Josef Zawinul on keyboards. He was using a Wurlitzer [EP200A]. The Fender Rhodes wasn’t happening yet. The Wurlitzer wasn’t as full and rich as what the Rhodes became. So with that instrument, the music was much more intense. What really changed were the rhythms that the drummers were playing. You’d be immersed in these rhythmic environment. And what the Rhodes and the Clavinet did was provide colors, with a precision that helped define the music more rhythmically.

And you had people who had been used to playing the piano; I had been playing since I was about three years old. So take someone who’s been playing and studying piano most of their life. Then they go into an instrument that’s not an organ, not a Wurlitzer, but something that has almost the full range (the 88-key Rhodes came later). So they’re taking a pianistic approach and applying it to something electric. You had a different kind of sustaining factor, and you might not have the harmonic interaction you’d have on an acoustic piano. But you could adjust volume, phasing, vibrato. And for a pianist, that was a fascinating world to enter.

We’d have these instruments modified – at no small expense – to make them more responsive, to make the attack more precise. And we’d work on the electronics, to make, for lack of a better word, an artist’s instrument.

BK: Sort of like a guitarist changing out his instrument’s stock pickups…

TC: Yeah. And they do things like shave the frets. The same idea. So we were getting into some areas that were pretty exciting. And the drummers were playing much louder to get the sounds that they wanted out of the drums. You would hear the drums on a rock record that you liked, but you would not get drums like that at a jazz club volume; forget it. So when they did play louder, that made it hard for pianists. Club pianos were not that great, so you’d bring in an electric piano, and create your own audio environment. And that had a lot to do with where the music went. 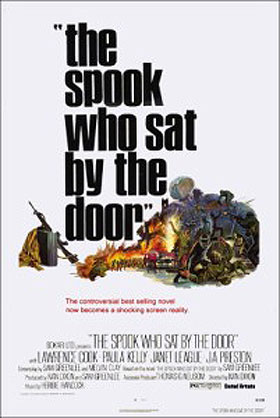 BK: Not that it’s the be-all and end-all of things, but at present there’s not even a Wikipedia entry for Worlds Around the Sun. I suppose that’s because it was unavailable for so long. Used copies of the original LP start at $60. Why do you think it went out of print, after receiving such good critical notices and selling reasonably well?

TC: I think that the company [Prestige], which was owned by Saul Zaentz, was a privately held company. So they had certain assets that they worked on. They could only give certain records a certain level of attention. They were not signing new artists, and I think eventually the company was sold to Concord. And so not only did they get the prestige of having this great jazz catalog, but I don’t think they knew everything that was in the catalog. And I don’t think Prestige was ever in the business of making jazz stars, either.

They weren’t doing tour support or any big promotional campaigns. They worked really well with the press, but they weren’t in the business of out-marketing their competitors. But that’s me speaking with an executive hat on.

The thrust of the company was not that. When you get in that business, you have to have a steady stream of product that represents the brand. They had a great art department, though. It was there in Berkeley, so it had to be hip to a certain level. So that’s a second sort of what-if question.

BK: Worlds Around the Sun is an undiscovered gem that can now be discovered. And it’s great to see Omnivore Recordings doing it; they have quickly developed a reputation for very thoughtful crate-digging, for lack of a better word.

TC: And I think that has everything to do with the times. The music that I made at that time, 1972, the music of that time was so different from the expressions that had come before. I don’t think the social commentary and critics of that time fully understood where the music was originating. So it’s really great to be able to revisit it, and talk about it in an expansive way.

People are talking about some of the concept albums that the art rock bands were making; people are very interested in old Genesis records. I went on to work with Peter Gabriel, too. People are interested in Pink Floyd albums, and in these bigger concepts. Those are records that were talking about the emotional and psychological frame of mind of the times. And that’s still interesting to people as we ask ourselves: How did we get where we are right now?

For me, it’s always been about dreaming the life you want to live, and always being curious. When original thoughts are made into something musical, if it’s well done, there’s a reward for the curious. 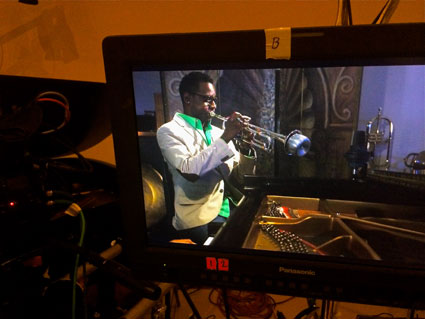 And I’m excited to the point where I shot a video for one of the tracks from the record. The track “It Ain’t” is basically about the song from Porgy and Bess, “It Ain’t Necessarily So.” It ties into the idea of mythologies. It’s a big thing to go against those, because people have a whole lot of views about music, about people’s aspirations. And the revolution that the we attached to music in the early 70s meant that we were all looking at society and allegiances differently. And that’s fodder for some high creativity. And I’m very appreciative to have been a part of that. Because it set the trajectory of my musical ideals.