This set of five 100-word reviews focuses on new music, some of which is from familiar names; others might be new to you. All are worthwhile and enthusiastically recommended. 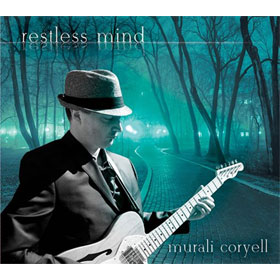 Murali Coryell – Restless Mind
This son of legendary fusion guitarist Larry Coryell is charting a musical path quite different from his dad: he plays tasty blues with a clear melodic rock sensibility and a well-developed playful sense of humor (see the Sammy Hagar-ish “Sex Maniac”). Fans of Robert Cray and Eric Johnson will dig this well-produced (but not slick) album. Not as fiery as Steve Ray Vaughan, this guitarist prefers the slow burn. The disc features a nice cover of Marvin Gaye‘s “Let’s Get it On.” Bonus points to Coryell for titling his album with a sly reference to one of his pop’s records. 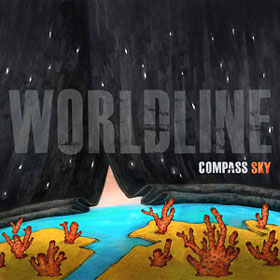 Worldline – Compass Sky
Compass Sky is the kind of music they rarely make any more. Worldline creates alluring melodies with that hint of melancholy you might find in a Pink Floyd record (or a Porcupine Tree CD). Brian Turner‘s synth lines don’t aim to dazzle as much as they help carry the song along, and Andrew Schatzberg‘s strong vocals bear the influence of most any great band of the 70s you can think of, but they’re more classic (in a good way) than retro. The record’s strong start to finish. They’re from my hometown (Asheville) but sadly I’ve yet to see them live. 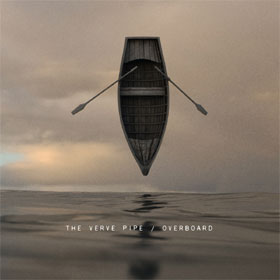 The Verve Pipe – Overboard
I can almost hear you thinking, “weren’t these guys a 90s band?” Yes: they scored a few chart singles in the second half of that decade, but haven’t charted since 2001. As is too often the case, the music is better than the chart performance suggests. While the album artwork is derivative (Storm Thorgerson? Bill Evans‘ Undercurrent?), the music is fresh. Only leader/producer/songwriter Brian Vander Ark remains from the 1990s lineup. Their breezy, heartland-styled rock is vaguely reminiscent of fellow midwesterners Semisonic; the melancholy “Crash Landing” is nearly anthemic in its arrangement, but there’s lots of varied texture throughout. Recommended. 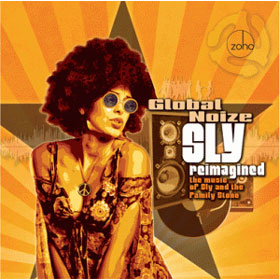 Global Noize – Sly Reimagined: The Music of Sly and The Family Stone
Sylvester Stewart didn’t fare too well on his most recent comeback/self-tribute, but there’s no denying the strength of his 1967-73 material. This aggregation, put together by producer/keyboardist Jason Miles, shows the enduring power of Stone’s songs, interpreted here for modern audiences by a long list of players. The marquee names here are Family Stone drummer Greg Errico (on four cuts), Nona Hendryx (lead vocal on three cuts), Roberta Flack (sultry vocals on “It’s a Family Affair”) and – for the young folks – turntablist DJ Logic. Sly Reimagined is the next best thing to the originals, and that’s saying something. 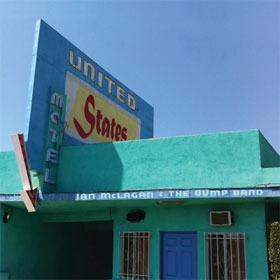 Ian McLagan & the Bump Band – United States
Former Small Faces and Rolling Stones keyboardist Ian McLagan told me about this forthcoming album last year when I interviewed him about the Small Faces box set. Long having relocated to Austin TX, London-born McLagan shows influence of American musical forms more than British ones. A New Orleans flavor is shot through his bluesy tunes; using the widest interpretation of the term, the music on United States can reasonably be termed Americana. Mac’s always-engaging keyboard work (acoustic and electric pianos, organ) are the highlight but never steal the show: this really is a band, not some guy with faceless sidemen.