Today’s five – all new music – can all be labeled as progressive, though they differ widely from one another. 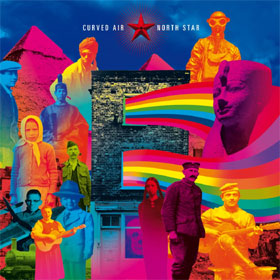 Curved Air – North Star
Founding members Sonja Kristina (vocals) and Florian Pilkington-Miksa plus once-and-again member Kirby Gregory on guitar are joined by three younger members who have been with the group for more than five years on this latest studio album. Paul Sax‘s violin is very much in the style of departed founder Darryl Way, and Kristina’s voice remains very much an acquired taste (Kate Bush fans take note). The album’s production values could be be termed intimate and unadorned by fans, and demo-y by those less inclined toward the group’s music. “Puppets” is tough going, but the hazily rocking “Images and Signs” is better. 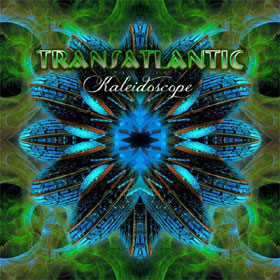 Transatlantic – Kaleidoscope
This band has long suffered from the tension between their ambitious progressive music and the inescapable religiosity of keyboardist Neal Morse. To some degree, Transatlantic has addressed that issue: The sprawling “Into the Blue” fills nearly a third of the run time with long instrumental passages full of doom abd grandeur. Still, all compositions are group-credited, so who knows to what degree Mike Portnoy, Pete Trewavas and Reine Stolt can be held responsible for crypto-Christian lyrics like “There’s a deeper meaning if you want to know.” If you don’t care to know, the playing and arrangement are still pretty ace. 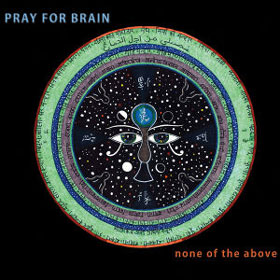 Pray for Brain – None of the Above
Imagine funk if it were played by musicians with a prog/metal sensibility. Some will find that mental image irredeemably gruesome; other will be intrigued. For the latter group – however small – there’s Pray for Brain. This trio features upright bassist Christine Nelson, drummer/percussionist Jefferson Voorhees and Mustafa Stefan Dill on guitars..and oud. Yes, oud; there’s a world-music undertone to these deliberate (but not plodding) instrumental numbers. In places the group’s tracks feel like the guitar solo passages on late-period Frank Zappa albums. The aptly-named “Sufisurf” hints at the group’s stylistic mashup of disparate genres. Challenging but worth the effort. 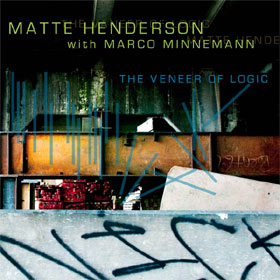 Matte Henderson with Marco Minnemann – The Veneer of Logic
Henderson’s CD+DVD comes to me with a presskit that includes a recommendation from no less an authority than Robert Fripp. That should be a tipoff that The Veneer of Logic is an uncompromising sonic excursion, and indeed it is. With a rip-roaring guitar tone reminiscent of King Crimson‘s Thrak, it’s recommended only for those who appreciate the harder end of the prog spectrum (my fianceé and the cats are cowering in the corner, hoping I’ll soon move onto the next CD). But for those who dig the style, it’s an embarrassment of riches with a staggering lineup of guest stars. 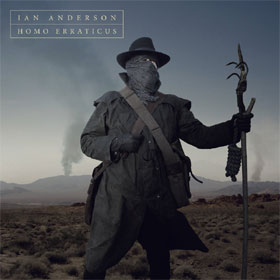 Ian Anderson – Homo Erraticus
Live concerts notwithstanding, flautist/vocalist Ian Anderson seems to have retired the Jethro Tull brand. But his music – now released under his own name – hasn’t changed that much. On Homo Erraticus, Anderson’s brand of rock, informed as ever by medieval and European folk – will sound warm and familiar to Tull fans. Anderson’s flute playing is as expert as ever, but his vocals sound winded, labored. Onstage he’s worked around his diminishing vocal power by adding a second vocalist; on this record he employs this back-up approach little if at all, and sadly, the excellent music suffers for it.