Today’s five – all new releases – are all more or less pop (in its classical definition) releases. 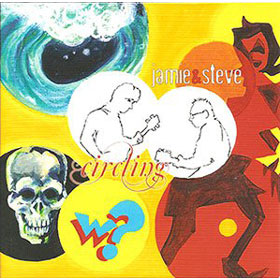 Jamie & Steve – Circling
This duo (half of The Spongetones) have maintained a regular schedule of EP releases of late. On Circling, the pair sound decidedly liberated from The Spongetones’ trademark sound, though the hooks, power and vocal harmonies are happily present in abundance. All six tracks on this disc are delightful, but the edge goes to the title track, with its breathtaking vocal arrangement and detailed (though never fussy) arrangement. Steve Stoeckel and Jamie Hoover have quite a way with a melody, and the vaguely Merseybeat-ish “You” and the closer “Wonder Girl” will leave listeners waiting for the next EP. Shouldn’t be long. 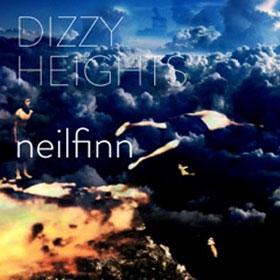 Neil Finn – Dizzy Heights
From Split Enz through Crowded House and his string of solo albums, Neil Finn has demonstrated an uncanny ability to craft enduring melodies. But his solo work – while excellent – somehow sounds less immediate than his other music; the songs often require multiple spins to sink in. That’s truer than ever on Dizzy Heights; the soft-focus arrangements bury the melodies a bit deep. On first listen, I was wholly disappointed in the album, but on subsequent spins I appreciated the groove on tracks like “Flying in the Face of Love.” Finn remains in a league with Lennon and McCartney. 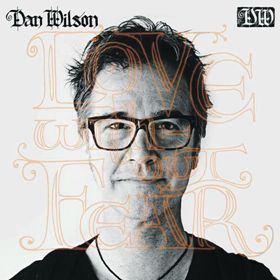 Dan Wilson – Love Without Fear
As a key member of the grievously under-appreciated Trip Shakespeare and the more successful Semisonic, Dan Wilson proved the skill with which he could sing, play and compose. And if that weren’t enough, he penned three tracks on Adele‘s massively popular 21 album. On Love Without Fear, Wilson heads in quite the low-key direction. His radio-ready voice soars above arrangements that owe more to pop-country production values than anything he’s done previously. Fans of his earlier music may have to adjust their thinking a bit, but this collection might just bridge the gap between critical success and unit-shifting commercial triumph. 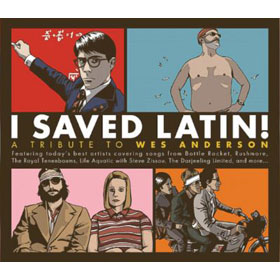 Various – I Saved Latin! A Tribute to Wes Anderson
Now, Wes Anderson isn’t a songwriter. What he is – besides a successful and idiosyncratic filmmaker – is a keen fan of great music. His films unfailingly make effective use of great, left-field tunes, working them into the narrative. This 2CD collection includes knowing covers of classic (but not overexposed) tunes by twenty-three hip/current artists. The originals all figured in Anderson’s films, and I Saved Latin!‘s bouquet of song originally recorded by The Who, Love, David Bowie, The Rolling Stones, Bobby Fuller and others is a delight; the tracks manage to sound fresh and new. This album is highly recommended. 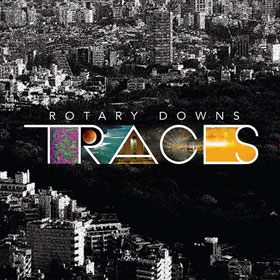 Rotary Downs – Traces
This New Orleans outfit creates music that is hypnotic, catchy and alluring. They prefer to be thought of as “psychedelic art-pop,” but putting them in that bag might chase away listeners who would appreciate their strong and hooky songwriting. Their driving yet generally midtempo tunes make extensive use of synthesizers, but they do so in a way that never feels “synthy” or over-processed. You’ll find plenty of real guitar, bass and drums, too. For once, I don’t hear any clear antecedent in a band’s music, but Rotary Downs’ feel (though not their actual sound) isn’t miles away from The Church.