The in-box here at Musoscribe World Headquarters is overflowing once again, thanks in no small part to my focusing on other matters (including my recent move and impending nuptials) in addition to keeping up my reviewing schedule. So here’s the first in another series of shorter-than-usual reviews. All of these albums were worth my time; they may well be worth yours as well. Dig. 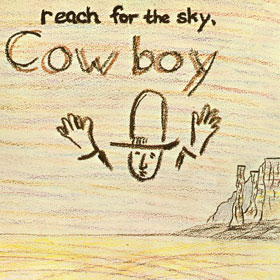 Cowboy – Reach for the Sky
I’ve been meaning to cover this one for awhile. A reissue of a 1971 album originally released on Capricorn Records, Reach for the Sky rates notice as one of the label’s first signings; Cowboy got their deal with Phil Walden‘s label on the strength of a strong recommendation from one Duane Allman. The album is mellow, tuneful country rock, but (thankfully) you’re not likely to mistake this north Florida group for The Eagles. Allman associate Johnny Sandlin produced the album in a clean, unadorned, intimate style, and that approach perfectly suits the warm and friendly tunes.

Scott Schinder‘s liner notes tell the story of this modest group, and (unusually for a Real Gone Music release) the lyrics are printed in the booklet. Most of the gentle, harmony-laden tunes are written by (guitarists) Scott Boyer or Tommy Talton, but a couple are composed or co-written by piano/multi-instrumentalist Bill Pillmore, who today happens to live here in Asheville. He’s also my piano tuner; the world certainly is a small place. I saw a vinyl copy of this in a local record store just a couple of weeks ago; I might go snag it and ask for an autograph next time the apartment grand gets a tuning. 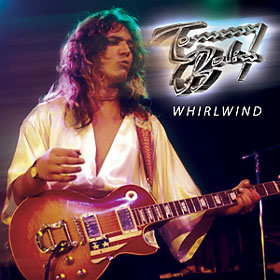 Tommy Bolin – Whirlwind
Though he lived until just past his twenty-fifth birthday, Tommy Bolin left behind an impressive body of work. Most notable as the guitarist who (a) took Joe Walsh‘s place in The James Gang and (b) replaced Ritchie Blackmore in Deep Purple, Bolin left behind a recorded legacy shows that his style and ability transcended the hard rock of those bands. He released two solo albums in the 70s, and a long list of posthumous live and compilation discs have been released, mostly since the turn of the 21st century.

His catalog, then, bears some similarities to that of Jimi Hendrix: seemingly there’s a push to release every note the man every committed to tape. That said, the quality of the new 2CD set Whirlwind is impressive and consistent. The eighteen tracks on this collection run the gamut from unfinished demo recordings to polished, why-wasn’t-this-released quality. The sequencing is seemingly haphazard, jumping around the various phases of Bolin’s career., but that won’t diminish the enjoyment of the set. Some of the music is meat’n’potatoes rock; some of it is much more ambitious. What most all tracks share is lead guitar work that manages to be both tasteful and flashy. The styles run from fusion to hard rock to gentle acoustic work, with some exploratory jamming tossed in for good measure. Every track here is either a Bolin composition or a Bolin co-write; the man clearly had ideas and energy to burn. An embryonic version of what would become “Marching Powder” on Bolin’s 1975 Teaser LP takes up a big chunk of the second disc; the 26-minute version on Whirlwind (titled “Marching Bag”) is a highlight, and will likely please fans of Hendrix’s later work, which it (in places) recalls. Keen listeners might hear shades of Jeff Beck in there, too, but in the end Bolin was a true original. 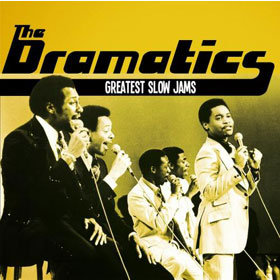 The Dramatics – Greatest Slow Jams
Best remembered for their hits “In the Rain,” Hey you, Get Off My Mountain” and “Whatcha See is Whatcha Get” (the first two of which are included on this new compilation), The Stax-Volt soul group’s main stock in trade was what we now (and for awhile now, really) call slow jams. This thematic collection was put together by late-night radio host Kevin “Slow Jammin” James – but of course it was – and may well serve as the soundtrack to your next 70s-themed evening of makin’ love.

The production and arranging on these twelve tracks are smooth and stellar; the Detroit band’s tight harmony is expertly backed by top-notch instrumentation. The band’s arrangers had a keen sense of the value of quiet; on numbers like the supremely melodramatic “In the Rain,” the audio shade and light take a relatively straightforward tune and make it into one for the ages.

Those looking for detailed information about the group and their music are advised to look elsewhere; the compiler of Greatest Slow Jams figures that (unlike me) you probably won’t be sitting around scanning the booklet while these tunes are spinning. Get busy, and enjoy. Greatest Slow Jams may only showcase one side of the Dramatics’ abilities, but it’s a damn fine side.