Bill Kopp: In the entry on you in the Music Hound Jazz book,  the reviewer makes the points that your back catalog is in shameful disarray, with many titles out of print, and that you deserve better. Now, that book was written in the 90s. What’s the state of your catalog today? 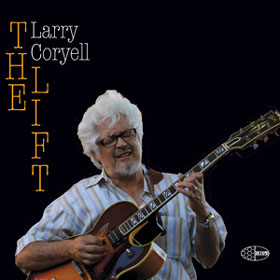 Larry Coryell: Oh, I don’t know, man. I’ve recorded for so many different record companies. Thanks to Apple and Steve Jobs, and the Germans who figured out how to push music into a little wire, the record business is over. It’s not even down; it’s finished. The Grammys are a joke. Soon CDs will be obsolete. Nobody knows what the next big…I call it the Next Little Thing…will be. Because they’re trivializing music.

That’s why I am glad that I’m working on projects that are not dependent on the typical business model. The way we operated for all those years was: you make a record, and you get the company to promote it, and you sell it, and you stick with the brand…that’s all over now.

BK: All that said, are there any old albums of yours that are currently unavailable that you’d like to see back in print?

LC: I don’t know anything about that. I have no control over that. Those albums belong to the record companies. And I don’t know if they even have the money to revive any of that stuff.

I just played a tour with Ron Carter last week; that’s why I’m jet-lagged. I was in Japan. And Ron happened to play on a couple tracks from my second album for Vanguard, back in 1969 or thereabouts. And he said, “I want to hear those tracks. Send me the whole album.” I don’t know how I’m gonna do it! I mean, I will, even if I eventually end up finding the vinyl disc and transferring it to a CD.

BK: I think – and I’m not sure at the moment – that one is available on Spotify. 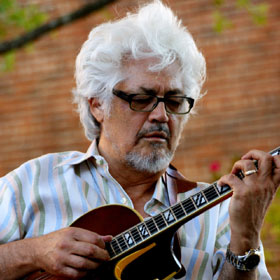 LC: Well, the guy who owns Spotify is an arch-millionaire. All these people who have taken advantage of cybertechnology, because people still love music, they’re making money off of us. What we need is an act of Congress to tax the people who are profiting…who are getting too much of the profits. I mean, anything is possible with legislation. We need a way to give that music back to the composers or the performers, somehow, in a fair way. Justice needs to be served.

I’m sure you’ve heard this from other people in my age bracket before. So I’m not telling you anything new. I’m lucky, because I’m established. And I’ve made hundred and hundreds of records, both as a sideman and as a leader. But today, young people who are just as good or better than me have no chance to get ahead through that process.

It’s just a bunch of fiefdoms; there’s no organized radio stations, and there are much fewer radio stations that play really great music. Over the public airwaves, it’s gone. We used to have people who were kind of gatekeepers, who had good taste. You’d listen to their shows, and let’s say they’d play forty tunes over the course of a few days. And at least five or ten would be ones where you’d want to go out and get those records. Because that’s what I heard, and I hadn’t heard that stuff before.

BK: And it wasn’t based on market research; it was the choices of tastemakers. The whole payola issue aside, if you were a good tastemaker, you were successful. And if you were lousy, you weren’t. 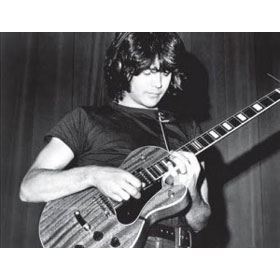 LC: Now, someone will walk up to me on the average of ten times a week and hand me a CD. And I never listen to them. Because the few times that I had, it was terrible.  Because they don’t know what they’re doing. In many cases – not all; this is kind of a generalization – it’s all been done before. And better.

The saving grace about jazz is that you can get two thousand people who are very talented jazz improvisers, and get two thousand versions of, say, “All the Things You Are,” or “Autumn Leaves,” or something like that, and they’ll all be good in their own way. Because it’s personal. Jazz is not about the notes on the paper; it’s about the emotions that are expressed.

BK: Once you establish the head, you can go anywhere with it; you go off and make it your own, and then bring it back at the end.

LC: Sometimes not even that! I just wrote liner notes for a CD [released] in Japan, where they did the standard “Love for Sale,” and in the opening chorus, there’s no melody! And it sounded great that way. I gave them big kudos.

BK: For me, the Cannonball Adderley version with Miles Davis is my favorite.

LC: Ron Carter said something – I’m sure he won’t mind me saying this – talking about Adderley. We were listening to “Jive Samba.” It might have been playing on the radio or something. Ron turns to me and he says, “You don’t have melodies being composed these days.  You can’t hum them.” [Hums the melody line to Nat Adderley’s classic.] People don’t write melodies that are hummable any more. Jazz is always complicated. And that’s a tragedy.

Note: at this point, my recorder ran out of space, though our conversation wound on for some twenty minutes more. Coryell discussed his affinity for my hometown of Asheville NC, including tentative plans a few years ago – since abandoned – to relocate here from Florida (the main reason: our airport is too small and remote for the always-on-the-go guitarist). There’s every reason to expect Coryell to follow up The Lift, his recent effort on Wide Hive, with another excellent and endlessly varying album; at age 71, he shows no signs of slowing down.  – bk