RPWL in Color and in Black and White: The Yogi Lang Interview, Part Two

Bill Kopp: From the beginning, RPWL has always sung its lyrics in English. I assume that is because English is more or less the language of pop and rock music, and you can be better marketed that way. (Foreign-language music almost never gets played in the USA, for example.) But to date you haven’t had the sort of breakthrough in the American market that I believe you deserve. 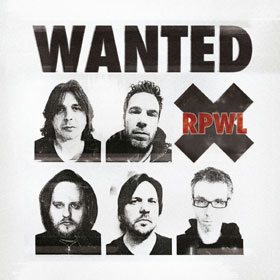 Yogi Lang: Thank you. I take that as a compliment. As you know, we come from Germany. I grew up musically in the 70s. And you had two possibilities in Germany: listening to English [language] music means being young, and listening to German music means being old. There was really nothing in between, I swear. So we really grew up with this English and American music. The German market is not a small one: it’s a big market for America and England. And I think that my emotions, musically, are really keyed to the music that came across the ocean and from England. I have got a lot of English friends – and with their help, I can do a lot of complicated things like Beyond Man and Time.

It’s so interesting, since we’re talking about language. There are certain thoughts that are really hard to express in English. Because the thoughts are very European. Finding out that language has something to do with the understanding of thoughts, that was a real experience for me. Learning other languages is a really important thing, not only for your brain, but for understanding other cultures, other thoughts.

BK: Here in the U.S., we’ve actually started using the German word schadenfreude, because we don’t have a single word to describe “delight in the misfortune of another person.” We have to use eight words to say what you can express in a single word.

YL: This is only one point. The other is that you have words that don’t express the same idea. And thus the danger of misunderstanding. 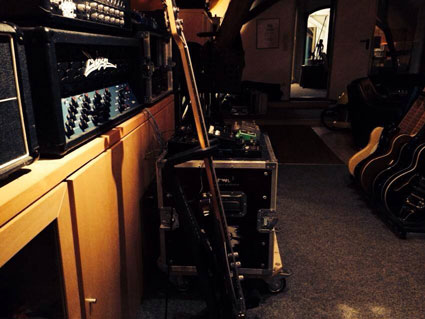 BK: Have you ever toured in the USA? Will you ever?

YL: We have been there, not on tour but for several festivals. We played RosFest, a great festival. The amazing thing about the U.S. Is that it’s always fun playing there. The audiences really listen to the music. In any moment that you play, you have the feeling that they’re following what you say, what you play. They’re really with you. And this is a thing that I really love about the U.S. whenever we play there.

BK: There are so many really, really good progressive rock groups in Europe right now. RPWL is at the top, as are, I think, Riverside from Poland, Knight Area from Holland, Sweden’s Agents of Mercy and Pär Lindh Project, and of course several British ones. Progressive rock – whether we like the term or not – is alive and well in Europe, but in the USA it’s almost a cult or specialist genre, like jazz. Why do you think it appeals to people in Europe, and why do you think it’s not as popular in the USA?

YL: First of all, it’s very complicated to define what prog rock is. If you clap your hands to the music and it doesn’t feel right, that has to be progressive rock.

You know the story with our band; its a classic story. When we started off in the late 90s, we just tried to make fun out of being onstage. It was just what we really wanted to do. We jammed over old Pink Floyd songs. But we also did a demo tape. And a label guy heard it, and he wanted us to do an album. So we went into the studio, had fun there, and we had to find a name. And that is where the silly name RPWL came; we had no other thought. [RPWL represents the first letters of the surnames of the four original band members. – bk] We had to be really quick, because the label said, “We won’t distribute an album with no name.”

The album [God Has Failed, 2000] came out, and two months later, in the biggest German progressive rock magazine, there was a story about us. We didn’t even know about it! The label called us and said, “Congratulations!” We thought, this is cool, but are we doing prog rock? This was the first time I had heard the term, because when I was growing up in Germany, it was just rock music. There was also pop music, which was the three-minute entertainment style. And there was a lot of categories, but in a record store, there was only a “rock” category.

But that is how we learned that what we do is progressive rock! And I think we are still doing it, because we are still the same band.

Maybe progressive rock is more coming out of an English way of music rather than an American one. I don’t know.

BK: Well RPWL doesn’t do a lot of music that’s in 11/8, and the melodies are strong. So in some way, you could be considered pop.

YL: I could live with that.