Wrapping up the series (for now, at least), here’s the last of four entries presenting short looks at recently-released reissues and/or compilations from Real Gone Music. 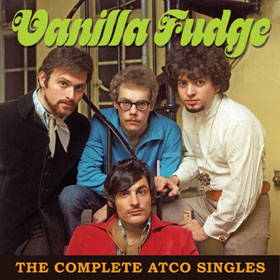 Vanilla Fudge – The Complete ATCO Singles
Most rock fans with any sort of memory are familiar with Vanilla Fudge, and they know the band’s deceptively simple approach to interpreting the songs of others: up the melodrama quotient, and in equal measure, slow down the tempo. Sometimes it worked very well on both commercial and creative levels: the band’s “You Keep Me Hangin’ On” is a stone classic (and there ain’t nuthin’ I can do about it). The approach generally lent itself best to longer workouts, like “Shotgun,” where ideas (such as they existed) had a chance to unfold. Within the context of the much briefer single, sometimes the power was lost (as far as subtlety, there was precious little of that to lose). As a result, the single edit of the Supremes cover is very good, but not great like the longer edit.

Other times, the approach feels overwrought, even within the confines of a (two-sided, two-part) single, such as the “Fudge-ized” (their term; I prefer “Fudge-ified”) reading of Donovan‘s “Season of the Witch.” Some gems do exist on this collection of all the band’s 45s: while it doesn’t best the original Lee Hazlewood/Nancy Sinatra duet/weirdathon, “Some Velvet Morning” is suitably over the top. A couple tracks from the band’s 80s reformation try to update the Fudge sound for the MTV era. Hint: it didn’t work. Verdict: good, but listeners are better served by picking up the first album. 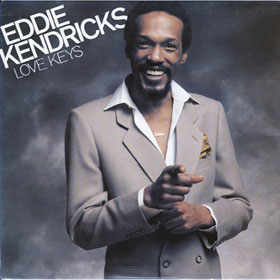 Eddie Kendricks – Love Keys
It must be said that reissuing this album is a curious move. Though Eddie Kendricks achieved great fame as a lead vocalist in The Temptations, and enjoyed some hits during his string of nine solo LPs on Motown, once he left Berry Gordy‘s label, he stopped having hits. More troubling was the fact that his voice was largely shot, thanks to a lifelong chain smoking habit that would eventually result in the lung cancer that would end his life. Love Keys was the sole album Kendricks cut for Atlantic, and it neither charted nor yielded a hit single. Moreover, it’s a significant departure from the style of his earlier efforts.

But it does remain the final full-length from the man who gave us so many hits, so for that reason alone it deserves a hearing. This Muscle Shoals-flavored album heads in a southern soul direction, but the arrangement and production scream “1981,” and from where I’m sitting, that’s rarely a good thing. Still, any Kendricks is worthwhile, so if you can listen past the cheesy synth lines and discofied beats that crisscross perfectly good Muscle Shoals horn charts, Love Keys is…okay. 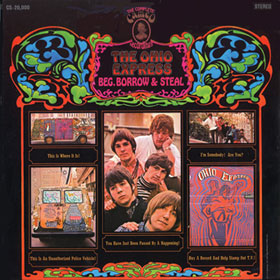 The Ohio Express – Beg, Borrow & Steal: The Complete Cameo Recordings
When most people hear this band’s name, they immediately think of the whole Kasenetz/Katz bubblegum scene. But this here is an actual album, not a collection of singles. And it’s from the period when The Ohio Express aimed for what we’d nowadays term a garage rock sound, not a bubblegum one. Once the railway sound effects subside, the title track – a tune that shamelessly rips off at least three other songs I can think of offhand – sets the tone for most of the rest of the disc. To call the album faceless is unfair, but the fact that two completely different bands (with only slight personnel overlap) contributed to it isn’t all that sonically obvious.

Nearly every song on Beg, Borrow and Steal sounds like another song: “Had to Be Me” is a ringer for The Choir‘s “It’s Cold Outside,” and “Let Go” is a thin rewrite of “Hi Ho Silver.” This all leads one to wonder snarkily if the record’s title doesn’t identify it as some sort of concept album. Still, originality wasn’t the goal; fun and commercial success was. Overall, though, the long-out-of-print Beg, Borrow & Steal documents the band’s early guise(s), and is a worthwhile purchase for fans of the genre.