Because there’s so much of a backlog here at Musoscribe’s palatial new World HQ ( I moved recently), here’s the first of at least three collections of short reviews. These are all reissues or compilations on the Real Gone Music label, renowned (along with Rock Beat, Omnivore, Numero and a select few others) for their thoughtful archiving/crate-digging approach to music releases. 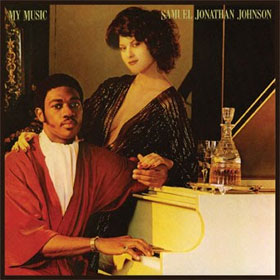 Samuel Jonathan Johnson – My Music
The second you see the cover art and typography, you know that this is a late-seventies major-label r&b release. And when the needle drops (or the disc spins) and you hear those smooth string machines and funk-poppin’ bass lines – not to mention the female chorus’ intro of “Music…music” – there’s no doubt you’re in smoove r&b land. But as the style goes, this lone release (the reissue’s liner notes, penned by Johnson’s daughter Yolanda Johnson explain why there was never a follow-up) is pretty fine.

Lots of interesting keyboard textures throughout, too. Nine of the ten tracks are originals, and the sole cover (a highly orchestrated reading of Bacharach/David‘s “What the World Needs Now is Love”) is super-slow in an Isaac Hayes mode. “Sweet Love” – more or less an extended coda to that cover – ups the funk factor. 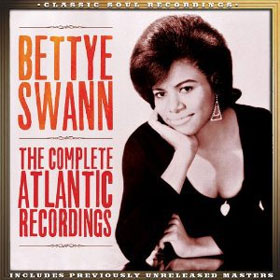 Bettye Swann – The Complete Atlantic Recordings
Another in the line of where’d-they-go recording artists, Swann began the process of dropping off the pop culture radar screen after signing with Atlantic Records. She had previously scored some hits on Money and then Capitol – releasing three albums – but for whatever reason, once she went with the mighty Atlantic, the hits stopped coming. The quality of her music certainly flies in the face of her lack of chart success: the Atlantic tracks are strong, and typical of the tastefully arranged, Supremes-influenced soul of the era. Five singles reached the lower rungs of the r&b charts, but beyond those, most of the music as collected here went largely unheard on its initial release.

Swann subsequently left the music business and became a Jehovah’s Witness (when the latter occurs, the former often accompanies, as Witnesses are encouraged not to call attention to themselves…except when…y’know). Five tracks cut in Nashville in the mid 70s that never got released are included, and they’re as good as anything else on this fine collection of previously overlooked music. Especially recommended is Swann’s funked-up reading of Elvis‘ hit “Suspicious Minds.” Charles Waring‘s excellent liners tell Swann’s story in engaging detail. 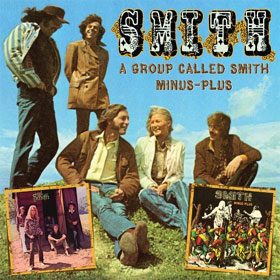 Smith – A Group Called Smith / Minus-Plus
This band’s reading of the classic “Baby It’s You” was a monster hit in 1969, and big things were predicted for the future of the group fronted by powerful, expressive vocalist Gayle McCormick. The group’s first album included that single (arranged by Del Shannon) and featured nine other cuts that showcased the instrumental prowess of the band as well as McCormick’s Janis Joplin-styled pipes. She wasn’t the only lead vocalist in the group, though: when Rich Cliburn or Jerry Carter took the lead, Smith sounded in places a bit like The Band fronted by Three Dog Night, and in other places like Jefferson Airplane.

Inspired covers (“Tell Him No” [sic], “Who Do You Love?” I Just Wanna Make Love to You,” “The Last Time,” “Let’s Spend the Night Together”) completely reinvent familiar songs as the band makes them their own. For the group’s second album (both are included on RGM’s single-disc reissue) the band relied more upon original compositions, and both of the first album’s male singers had left. Greater reliance on horn charts makes Minus-Plus a little less special than the debut, and the record has more of a session-musician feel to it, but it’s still quite enjoyable. Richie Unterberger‘s brief liner notes provide some history and context.

More capsule reviews in the next installment.