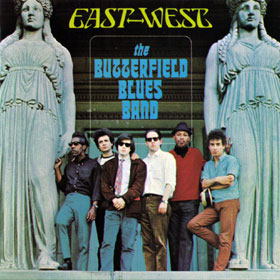 Some people — musicians, listeners, you name it — get their nose out of joint when writers apply labels to music. How dare we, the thinking goes. The music shouldn’t be shoehorned into some reviewer’s preconceived notion of stylistic categories.

I’m guilty as charged of said pigeonholing, and I make no apologies. I see part of my responsibility (to anyone who reads my reviews) as being a sort of consumer guide. You, gentle reader, are too busy to sift through the endless stream of new music that is created daily. (Hell, so am I.) By providing a signpost or two, I can (if I’m successful) help you decide if a given release is worth your further investigation. The application of a label — folk-rock. prog-metal, Christian rap (okay, you won’t find me writing about the last of those) — is a quick and handy device, if not overused.

Way, way back in 1966, there weren’t as many labels. But by virtue of their stylistic complexity, some bands forced the creation of new labels. So while The Butterfield Blues Band’s name might have suggested one very straightforward thing to potential listeners, the music on East-West telegraphed something much more finely nuanced. The album title was the first clue.

There’s plenty of straight-ahead electric blues and blues-rock here, and the approach that the BBB used on East-West paved the way for countless bands who’d come later (The Allman Brothers Band comes to mind). “All these Blues” and “Get out Of My Life, Woman” are exemplars of an electrically-charged Chicago style of the blues. This was a mixed-race band, still a rarity in ‘66: Sly & the Family Stone and Love were two of the small handful of mixed bands of that era. And that quality probably added to the musical breadth that the band was able to display.

East-West would merely be an excellent album were it not for the inclusion of the title track, the last on the album (newly reissued on hybrid SACD in numbered editions). “East-West” is the reason the writers had to sharpen their pencils and try and come up with a new label. Raga-jazz-blues-rock? Who the hell knows? All that’s certain is that “East-West” is thirteen-plus of the most exciting minutes in 1960s music, full of guitar interplay that draws as much from modal and “Eastern” styles as it does from the blues. This album transcends, redefines the blues. East-West is an essential part of any comprehensive music collection. If you don’t already have it, pick this one up.