Home  »  interview • live shows • pop   »   Zombies Among Us: A Conversation with Rod Argent and Colin Blunstone (Part One)

Zombies Among Us: A Conversation with Rod Argent and Colin Blunstone (Part One)

The Zombies are among the fondly-remembered cast of characters from the British Invasion (or, as they somewhat more succinctly call it in the UK, the Beat Era). While they certainly didn’t rock as hard as The Who, Yardbirds, or The Kinks, and enjoyed nowhere near the level of chart success that The Beatles and Rolling Stones achieved, their subtly jazz-inflected pop music has worn quite well. One of the more sophisticated (musically and lyrically) groups of the era, their hits – “Tell Her No,” “Time of the Season,” “She’s Not There” and more – remain staples of oldies radio, and sound much fresher in 2014 than anything by Herman’s Hermits or the Dave Clark 5.

The Zombies famously broke up – thinking they had gone as far as they could – -before their best album, Odessey and Oracle [sic] was released. And while that might have been the end of the story, the former band members remained quite busy. Keyboardist and vocalist Rod Argent started his own eponymous band, scoring the monster hit “Hold Your Head Up” and a smaller hit, “God Gave Rock and Roll to You.” Lead vocalist Colin Blunstone went on to a solo career and did notable work on a number of Alan Parsons Project tracks. 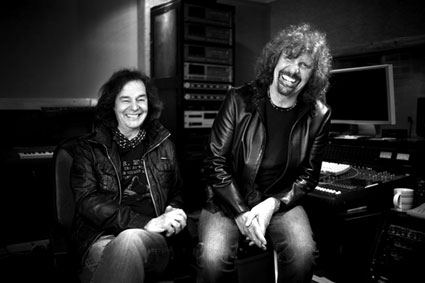 But it wasn’t until the tail-end of the 20th century that Argent and Blunstone reunited, and not for several more years before they reactivated the Zombies. After mounting a UK tour that culminated in a live run-through of Odessey and Oracle (with the four surviving original members), The Zombies (Argent, Blunstone and other slightly younger players including Jim Rodford from 80s era Kinks and Rodford’s son) became a going proposition once again. They now tour regularly, and released an album of original music (2011’s Breathe Out, Breathe In) to positive reviews.

The Zombies bring their show to Asheville NC on April 15 – the band’s first time here – and I spoke to Argent and Blunstone ahead of the tour. In many ways they’re more popular now than they were the first go-round, some 45 years ago. Colin Blunstone offers his take on that conundrum: “I think that if you understood why we are more popular in one era than another – or if you understood why one record sold more than another record – obviously you could put the situation right and everything would be fine. The thing is there are so many unpredictable and unknown quantities in the music business, no one really knows the answers to those questions.

“For me,” he continues, “the most exciting thing that has happened from my career is this renaissance of the Zombies. We have a really, really great live band to go out night after night and play around our country, your country; we play around the world. And we have managed, without a hit record, to recreate some of that interest that was there in the original incarnation of the band in the ’60s. I think that is really exciting, because it is just word of mouth that traveled as a result of the performances.”

“The thing is that we did not plan any of this,” Rod Argent says. “Colin and I just got back together by accident when we did. We didn’t plan it at all. We decided to put a band together and do a half a dozen gigs for fun, not any particular focus on the Zombies. It felt so lovely to be working together again.

“It just sort of spiraled,” he continues. “It took a long time for us to embrace the original feeling of the Zombies. The last thing we wanted to do was just to try and go out there and milk it, do it to make a buck. We really did not want to look back; that wasn’t the reason we were doing it. We were doing it because we suddenly found ourselves having a great time working together again. But, when we started to write a little bit of new material, and to expand our direction in that way, it suddenly felt relevant, and not like a cop out, to go back and rediscover a lot of the old material.

“And then,” he says, “we realized that a lot of that old material that we had never played. Not least, the Odessey and Oracle stuff. Because we had never had performed that live. When we did that in Shepherd’s Bush in 2008, we played from start to finish. That’s the first and only time we reproduced every note from that album. We got other forces in because we had to, because we had overdubbed stuff on the original album. And I said to Chris [White, original Zombies bassist], “If we are going to do this, then we’ve got to reproduce every single note that was on the original album.” We did that. I even went out and bought a 1890s Victorian pump organ so we could get the exact sound on “Butcher’s Tale (Western Front 1914).” 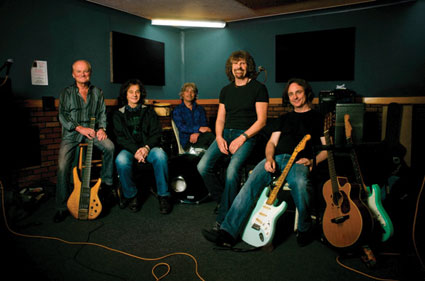 Speaking (again) of Odessey and Oracle, I wonder why the album was such a slow burner, seeing as it now stands as an exemplar of that late-60s baroque rock style. Blunstone offers his perspective: “The obvious thing to say is that the band decided to finish before the album was even released. It was a time when the single was still important and we had released, I think, a couple of singles, maybe even three singles from the album. They hadn’t had any commercial success and I think everyone felt that we had gone as far as we could. And so the band decided to finish so there was no band to promote the album. I think that piece was a huge part of it.”

“I think that everyone in the band felt it was the right time for us to finish,” Blunstone adds. “We felt we had completed a musical circle. We had given all we’d got to give on that particular project, and it was time to move on and get involved in other projects.” He pauses and then goes further. “With a tiny bit of hindsight, I am probably the only one who feels like this: I would have been intrigued to have seen what we might have done if the band had stayed together. In particular, I think, Rod Argent and Chris White’s writing skills were really magnificent at that time. Really fabulous. They still are, but it seemed they just really sort of exploded just at that time in the late ’60s. I would have loved to have seen what we would have gone on and done.”

“But,” he says, “I feel that is one of the main problems, as I was saying, there was no band to promote [Odessey and Oracle]. I think it is a unique album. The sound of that album is not really like anything else from that period.”