There’s little doubt that AC Entertainment are some serious heavy hitters when it comes to the organization and execution of festivals. While the long-running Bonnaroo is the biggest and best example, and the just-announced-as-defunct Mountain Oasis Festival (itself a sort of ersatz Moogfest, which itself had long been an AC event) was a wonderful event that somehow didn’t pan out for them, they run some festivals that have existed in the shadow of the more-publicized events.

Chief among these is the upcoming Big Ears Festival, in Knoxville TN. Started in 2009 (and on hiatus for some succeeding years), the festival returns March 28-30. And the lineup – often characterized as “esoteric” – is nothing if not intriguing. 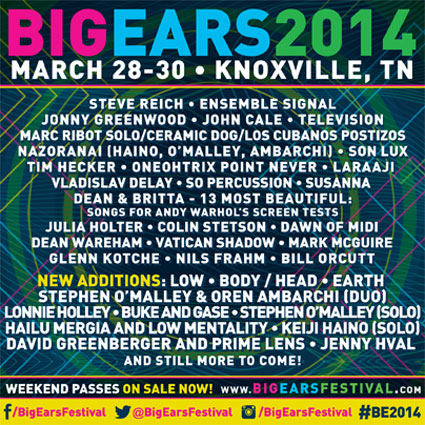 While some of the names have show up at other big events (John Cale was a featured performer at 2013’s Hopscotch Festival), many of the artists slated to appear are well outside most people’s idea of “festival acts.” Groundbreaking New York/new wave legends Television (sort of the Doors of the new wave movement) are headliners, and Jonny Greenwood of Radiohead will appear in several guises. Works by celebrated minimalist composer Steve Reich will be presented (several of these featuring Reich himself), and a pretty long list of hip-but-not-overhyped indie bands like Earth are scheduled to perform.

One of the chief advantages that Big Ears purports to enjoy is its location: downtown at multiple venues in a walkable metro area. Knoxville’s by no means a big city, and the primary venues are within blocks of each other. 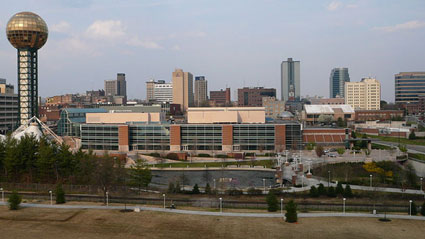 I’m pleased to announce that I – along with my fianceé and fellow photographer – will be covering Big Ears 2014 for this here blog. We’ll be on the ground all three days (Friday through Sunday) and – if circumstances allow – -we might even live-blog the happenings here and/or on my Twitter page. Either way, look for extensive post-festival coverage of Big Ears.

And then, before the dust settles, it’ll be time for Moogfest 2014.