More albums that deserve your time, but that I haven’t the time nor space to cover in a more in-depth fashion. 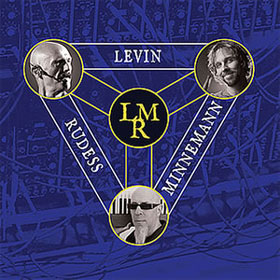 Levin Minnemann Rudess – s/t
This project brings together three of the busiest, most in-demand players on the scene today. Tony Levin (King Crimson) has played on literally thousands of sessions. Marco Minnemann is a sought-after percussionist who has lent his expertise to numerous projects. Jordan Rudess is the keyboard player in Dream Theater. So, yes, this is a prog album, of the most kinetic and imposing kind. The dizzying lead lines often suggest the presence of guitar where there is one. Uber-heavy, but also rooted in a high level of tunefulness. If you dig previous work by any of these men, you’ll dig this. 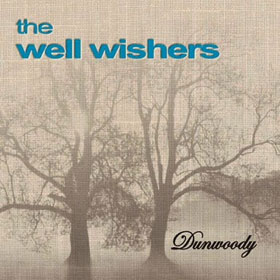 The Well Wishers – Dunwoody (EP)
The provenance of this EP’s title is a bit strange to me, seeing as I lived in the place called Dunwoody (Georgia) from 1972 to 1988. The disc’s connection to Dunwoody isn’t made clear, but I do know that these five tunes by Jeff Shelton – who is The Well Wishers – are fresh, breezy, Southern-flavored jangle pop, a bit like Pure Prairie League crossed with R.E.M. The tunes lean more upon acoustic guitar than the lion’s share of Shelton’s previous recorded output; the disc gets more rock-flavored as it goes along, pulling back to the all-acoustic closer “Butterflies.” 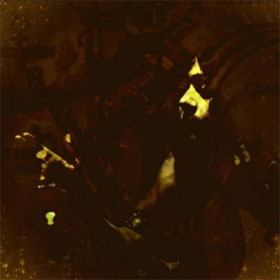 Matt Boroff – Sweet Hand of Fate
The music here is nearly as dark as the album cover. Boroff plays nearly everything, enlisting occasional guests on some tracks. This record is moody, atmospheric and has the feel of a concept album, regardless of whether it is one or not. Plenty of artists have crafted one-man bands; few have come up with something that sounds as unified and coherent as this. Bits of The Church and Soundgarden seem to inform his work, and it’s full of hypnotic beats that bubble under soaring, feedback-drenched guitar lines. Did I mention that Sweet Hand of Fate is moody? Well, it is. 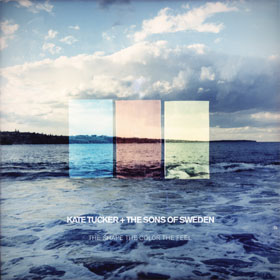 Kate Tucker + The Sons of Sweden – The Shape The Color The Feel
Part of – the basis of, in fact – an ambitious multimedia project, The Shape The Color The Feel is a collection of catchy midtempo pieces. The songs really do scream out for video interpretations; I haven’t seen any of the clips, but I suspect that tracking shot over an expanse of sea with a grey sky would figure largely in the presentation. Press for the album focuses on the videos (not included as part of the album package) but the ten tracks stand on their own, with an approach redolent of A Camp and underrated 80s band Wire Train.

Sam Phillips – Push Any Button
This Californian creates music that steadfastly refuses to be categorized; on this, her ninth album, she self-produces the nine tracks, her first collection of new material since 2008 (an eternity in the music business). Nominally a singer/songwriter, but that’s only because she sings and writes songs. There’s a sonic connection between her work and other edgy/fascinating female artists (see also: Suzanne Vega, Marti Jones, Aimee Mann), but she never sounds like anyone besides herself. The tunes are intentionally timeless; they neither evoke the past nor suggest the present; they simply are. Heavy friends help, but it’s resolutely Phillips’ show. Recommended.