Those CDs continue to pile up here at Musoscribe World Headquarters. And even after I cull the unsolicited or semi-solicited ones that don’t make the cut for coverage, I still end up with more music than I can possibly cover in the depth of detail I’d like (and that they deserve). So occasionally – and more often of late – I schedule a group of hundred-word capsule reviews in which I endeavor to hit the high points. All of these are worth your time. Toady’s batch are all reissues of older releases, several of which are somewhat rare. 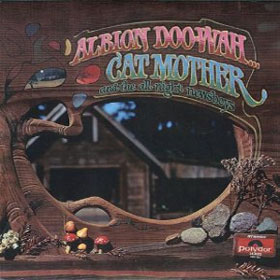 Cat Mother and the All Night Newsboys – Albion Doo-Wah
This little-known outfit was initially championed by no less a luminary than Jimi Hendrix, who produced their debut album. This, their second, was no more successful in the marketplace, but it remains an interesting listen. From the opening track, “Riff Raff” onward, the band leans in a city-headed-country rock direction, with the results sounding like some cross between The New York Rock and Roll Ensemble and The Band. Some of the truly deep-fried tracks like “Turkish Taffy” are only partially successful, but the genre hybridization of “Boonville Massacre” still sounds delightfully fresh and appealing forty years later. 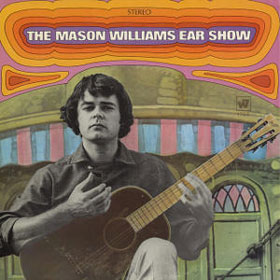 Mason Williams – The Mason Williams Ear Show
Like the above title, this is the second of two Real Gone Music reissues by a mostly (and unjustly) forgotten artist. Released a mere nine months after The Mason Williams Phonograph Record, this album very much continues in a similar musical vein (how could it not?). For many artists, such a rush-release schedule wold result in an album full of half-baked, tossed-off tunes, but it would appear that Williams was a prolific composer of quality material. Like the last record, this one is full of eclectic mainstream pop Americana (though in its formal sense rather than its 21st century one). 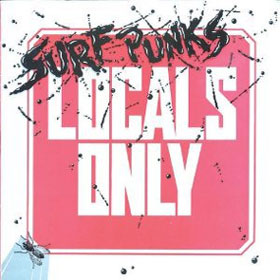 Surf Punks – Locals Only
Neither the best nor the worst of its kind, this album is a reasonably successful amalgam of comedy rock and surf music. The titles tell you the story: “No Fat Chicks,” “Born to Surf,” “Spoiled Brats from Malibu.” It’s fun enough, and with the principals’ connection to Captain and Tennille (drummer/composer/producer) Dennis Dragon is the brother of “Captain” Daryl Dragon) one can be all but certain that there’s a commercial appeal to these bratty tracks. And there is; it’s more revved-up garage rock (with party trappings) than anything approaching punk. A welcome dose of 80s nostalgia. 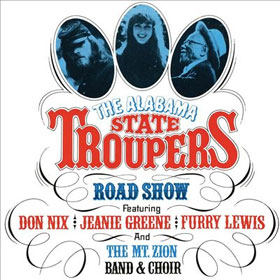 The Alabama Stare Troupers – Road Show
A curio from the anything-goes early 1970s. An all-star (sic) lineup takes to the road – presaging Bob Dylan‘s Rolling Thunder Revue – and one show is documented as a tour souvenir. Don Nix (his Living by the Days was also reissued) rounded up country bluesman Furry Lewis and vocalist Jeanie Green plus assorted musicians and a choir. The result 2LP didn’t sell like hotcakes. But Furry Lewis – who gets half of the first CD – is in fine form, and the full-band tracks – sounding very much like The Band with a choir – are soulful and enjoyable. 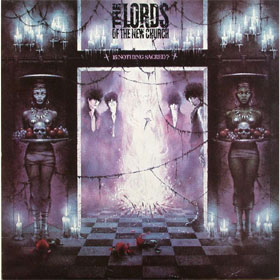 The Lords of the New Church – Is Nothing Sacred?
Give this CD five seconds of your time, and you’ll say “1983.” But “Dance With Me” – the most well-known track from the Gothic rock band led by former Dead Boys singer/guitarist Stiv Bators – still sounds great. Sure, it’s more than a little reminiscent of Duran Duran, The Church and Billy Idol, but this foursome – with punk veterans from The Damned, Sham 69 and The Barracudas – earned their punk/new wave cred honestly. Two other Lords studio albums – their 1982 debut (their best) and 1984’s The Method to Our Madness – have also gotten reissue.