Kenney Jones believes that The Small Faces‘ four-way collaborative process affected the songs to a large degree. “A lot of ideas…if I was saying something, it might affect what they’d do. Steve [Marriott] or Ronnie [Lane] might come up with a hook based on what I’d said.”

Ian McLagan recalls the songwriting process that the band used. “Because we were on the road a lot, Steve and Ronnie were writing all the time. Particularly in the early days, Kenney and I shared a room, and Steve and Ronnie shared a room. So they would be working in their room. We didn’t spend much time apart; we loved each others’ company, and all we wanted to do was play music. So after a gig, we played guitars in the hotel rooms. But sometimes Steve would come in with a song – we didn’t do demos, really, not until later – like ‘All or Nothing.’ That one pretty much wrote itself, and it’s mostly him. And some were more Ronnie’s, and some were more of a collaboration.” 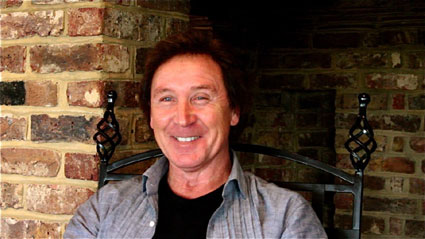 “Because Ronnie and Steve wrote together,” Jones says, “when we all lived together, we were all involved somewhat. When everyone moved into their own flat, that encouraged us all to work on our own a little bit more. So everyone would come in [to the studio] with half-finished ideas, and Ronnie’s idea might fit into Steve’s, or one into the other.” He adds, “it’s a healthy way to do things, I think.”

“It was very quick,” McLagan says. “It boggles the mind, and reminds me a bit of how Lennon and McCartney worked. How much stuff, how much great music they recorded in such a short time. You get into a place, and you never really go there again. I loved those days. I look back very fondly on all those laughs we had, and all that music. I was reading the liner notes of this new box set, and I saw where it said, ‘take 14.’ Fourteen? I’d never do fourteen takes these days! Three, four, maybe five. Then move on to another song, and come back to it. You lose the looseness of it when you start thinking of playing. Then you’re not really playing a song; you’re being Ian McLagan playing the keyboards on something.”

These days, the music that McLagan does with The Bump Band seems to follow logically from the kind of music he did with The Small Faces, drawing upon the influences of American forms like soul, r&b and honky tonk. “And New Orleans, too,” McLagan suggests. “Professor Longhair, Dr. John, Little Richard, Fats Domino, and James Booker, all those great players. And I’m flattered to think that my slip is showing, that those influences come through.”

“My influences haven’t really changed, ever,” McLagan says. “First of all, it was Buddy Holly. He was everything to me. I was lucky to have a brother who was two years older than me; he had a record player. And a girl who lived two doors away, who was almost like a sister to me, also had a record player and a record collection. And I still listen to that stuff today.”

The most celebrated of all original Small Faces albums is 1968’s Ogden’s Nut Gone Flake. It’s one of those curious albums of the 1960s: it was massively popular in the UK, and has endured as a critics’ favorite, but despite that acclaim, it was for many years all but unknown in the USA (it briefly charted at #159). “We didn’t know that!” laughs McLagan. He suggests that the band’s absence as a touring entity in the USA might have contributed to the albums lack of success. “It would have been good to have toured, but there you are.”

“Ogden’s won’t be unknown for much longer,” Jones suggests. He’s working on making the story into a full-length animated film. He notes that the album “has a bit of a cult following” in the USA, and believes that had The Small Faces toured America, Ogden’s Nut Gone Flake “would have sold like hotcakes.” Jones chuckles and observes that “in America, people tend to get stoned a little more. And the very best way to listen to that album is…stoned.” 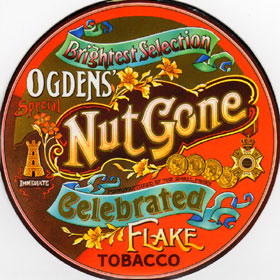 Jones explains that “one side of Ogden’s tells a story of a character called Happiness Stan. The lyrics tell the story. But when you write out the lyrics, it’s readily apparent that the story line is incredibly thin. It works all right on record, but it doesn’t work if you try to tell the story.” (At this point I consider asking him if he feels the same way about Tommy, but instead I bite my tongue.) “So,” he continues,” you need to beef it up. Especially if you’re going to make it into a film. So without losing respect for the album and the songs and the content, the plan is to enhance the story line by inventing a few characters to it. No one can mess with the original, and I like to think that if we had stayed together, we would have reworked it anyway. Very much like The Who did with Tommy.” (There! He brought it up so I didn’t have to!)

“I’ve asked Pete Townshend to write a song for it,” Jones reveals. “But I’ve got to finish the story and script first. Because even Pete says, you have to write the story before he can write a song to it.”

Ogden’s did get something of an audiovisual presentation on its original release; a BBC special featured the band playing selected songs from the album, interspersed with wacky wordplay readings by Stanley Unwin. “We wanted to play live,” Jones recalls, “but the BBC wouldn’t let us. So we had to mime. And for his narration, Stanley Unwin had a king’s outfit on. That was,” he laughs,” completely not the image we wanted him to portray. He should have looked like Merlin. But they didn’t have any ‘Merlin hats’ in the prop department!”