The backlog of music here at Musoscribe World Headquarters has gotten massive; it’s nearly overwhelming. Anyone who tells you that there’s no good new music out there clearly doesn’t deserve your attention. These albums, however, do. That said, the only practical way for me to cover them is to do so in a truncated fashion. Don’t assume from the brief coverage that the music referenced below merits only a quick listen; there are some truly fine albums here. To help in my mission to give these releases at least a portion of the attention they deserve, here are 100-word capsule reviews. Today’s batch mostly falls into a prog-rock or fusion bag. 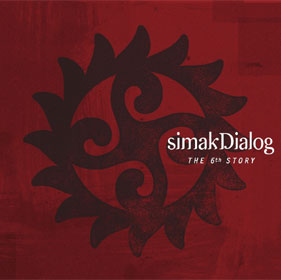 SimakDialog – The 6th Story
Try to imagine a Rhodes keyboard-led outfit that plays instrumental music that sounds a bit like some of Frank Zappa‘s early 80s material, but with a subtle world-music flavor (like several of the artists covered today, they’re from Indonesia). In places there’s a bit of Tool-like stop-and-start, but mostly this intriguing album floats by. Listen closely or casually; it works on both levels. Closer in many ways to jazz than to progressive rock, The 6th Story features no less than three percussionists. They’re fully integrated, never noisy. (That role falls to the occasional guitar bits delightfully peppered throughout the album.) 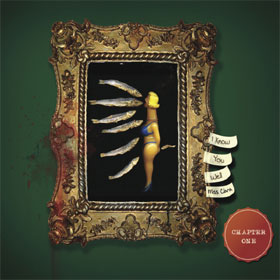 I Know You Well Miss Clara – Chapter One
The long band name conjures images of heavily-eye-makeupped pop punk boys, but that’s a red herring; this Indonesian quartet traffics in an atmospheric, jazzy progressive style. Think hard-bop meets atonal, skronky, Buckethead-at-his-weirdest metal. Renowned King Crimson biographer/spokesman Sid Smith gives the album his enthusiastic thumbs-up in the liner notes, and while song titles like “Pop Sick Love Carousel” continue the band’s mission of misdirection, this sometimes-challenging album is quite a rewarding listen. Assured playing is the order of the day here. The photos suggest these guys are very young, and the album title portends more to come from them. 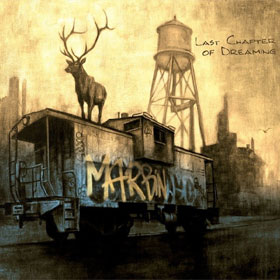 Marbin – Last Chapter of Dreaming
Big-guitar, arena-rock attitude meets jazz chops and ambitious arrangements. Last Chapter of Dreaming might just be that album that leads fans of shredders like Joe Satriani into jazz territory. Not exactly fusion, Marbin’s music is perhaps best described as hard rock with jazz sensibility (often in the form of sax and trumpet). The music swings hard, but pig-squeal guitar and knotty Discipline-era King Crimson styled guitar figures keep it firmly in rock territory. And strong hook-filled tracks like “Inner Monologue” show that this band is interested in songs, not merely showcases for dazzling musical brilliance. This one’s highly recommended. 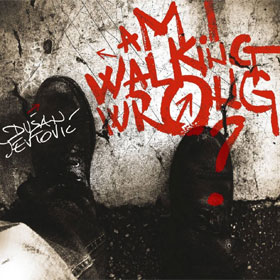 Dusan Jevtovic – Am I Walking Wrong?
Guitarist Jevtovic was born in Serbia, but he and his band mates (Bernat Hernández on fretless bass and drummer Marko Djordjevic) are based in Barcelona. This is heady prog power-trio stuff, with bass lines that threaten to loosen your innards, delightfully sludgy drums, and dissonant-yet-hooky guitar runs. Think of it as jazz with the aggression of metal folded into the mix. Djordjevic shows off his impressive percussive chops on “Drummer’s Dance,” but even there listeners will find a tune upon which to hang their musical hats. “One on One” is a prog-blues hybrid, with shimmering sheets of feedback. 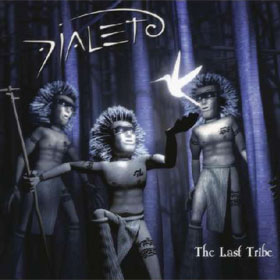 Dialeto – The Last Tribe
Continuing our musical travelogue, Dialeto is from São Paulo, Brazil. Though they’ve released three albums, The Last Tribe is the first to receive international distribution. A trio featuring guitar, touch guitar and drums, Dialeto creates music that will please fans of (him again!) Joe Satriani. Sometimes the tracks are high-speed, skittery affairs; “Sand Horses” seems well-suited to a movie’s chase scene. Occasionally, the guitars are treated to sound like vibraphones and whatnot; such detours make this album only more interesting than it would already be. It’s melodic yet adventurous, with enough crunch to keep hard rock fans fully engaged. 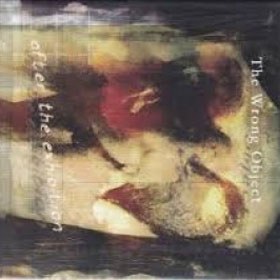 The Wrong Object – After the Exhibition
This and all the above releases are on the internationally-minded (though NYC-based) MoonJune label; The Wrong Object are from Brussels. This five-piece (augmented with other players on some tracks) creates a playful jazz-rock sound reminiscent of Gong and Soft Machine. Too often, music of this sort is ill-served by the addition of vocals; not so here. The gentle yet assured vocals of Antoine Guenet and Susan Clynes provide lovely texture to the band’s original compositions. That said, with its deft musical pyrotechnics, the instrumental “Jungle Cow, Part III” is a heady mishmash that will impress the most jaded listener. 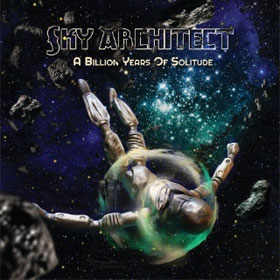 Sky Architect – A Billion Years of Solitude
The artwork on this album seems designed to target Star Wars fans; the cover painting depicts a sort of Boba-Fett-in-space tableau, and the back cover riffs on the “long ago in a faraway galaxy…” schtick. This five piece is based in Rotterdam, and their sound bears the hallmarks of Genesis, Marillion and other proggers. Dreamy keyboard pads and soaring guitar leads are contrasted with herky-jerky rhythms more associated with Gentle Giant. But despite that 70s name checking, Sky Architect sounds modern. Not quite in the league of Porcupine Tree, they’re nonetheless worth checking out by fans of the style. 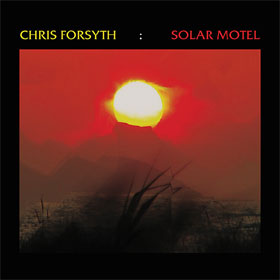 Chris Forsyth – Solar Motel
One of two American artists covered today, Chris Forsyth describes his style as “cosmic Americana,” but I hear more of a rock-centric rethink of Brian Eno‘s work. He doesn’t sound like Eno; his busy, distorted guitar lines owe more to Television, and the four extended pieces build and fade away like Russian Circles‘ best work. The tracks might best be thought of as heavy guitar tone poems: more rocking than Godspeed You! Black Emperor, but with a similar Glenn Branca-influenced drone approach. Arty and most assuredly not background music, Solar Music is challenging yet worth the effort it demands.