Bill Kopp: Any other stories from that time period you’d like to share? Perhaps the one about Jimi Hendrix showing up at RCA while you were working on Brotherhood Brotherhood?

Phil “Fang” Volk: [Keyboardist] Lee Michaels would often hang out with us at Drake’s pad for the jam sessions, or join us in the studio, or at restaurants, or even sometimes we would play tennis together. Eventually, Drake and I produced a couple of tracks for Lee over at A&M Records. One song I remember was called “Goodbye, Goodbye.” It was a fast, uptempo rocker with a great feel, strong vocal and plenty of B-3 Hammond fills, (which was his trademark sound). Drake and I also played on this song. Bartholomew Frost – better known as Frosty – played drums. Smitty stayed in the control room and gave us comments and critiques on how the “take” sounded.

Anyway, we were very tight with Lee. And when he had a concert date at the Whisky A Go Go nightclub on Sunset Boulevard, he made sure that Fang, Drake & Smitty were on the guest list. We were in for a real treat because Jimi Hendrix showed up that night, and Lee asked him to come on stage and sit in, toward the end of the night. The club was packed like sardines, with everyone standing body to body, shoulder to shoulder. The whole crowd moved as one body in sync with the music when Hendrix took to the stage, and the crowd got even more crazy and wild. I have to say, it was magical, and we all realized that we were witnessing something very special and spontaneous. 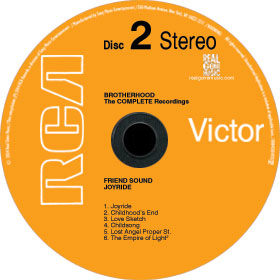 Since it was toward the end of the night, we felt that this jam would be too short, and leave us all wanting more. But as it turned out, once Lee and Jimi started playing they never stopped as they played right through the club’s closing hour of 2am. Mario, the club owner, came on stage waving his arms and trying to get the guys to stop, but to no avail. Even after turning all the house lights on, the music continued unabated, and the crowd continued go wild with the great sound coming from the stage from these great musicians. At about 2:15am, and way past the legal club curfew, Mario cut the electric power to the stage, and the music came to a screeching halt, much to the dismay and disapproval of the crowd. Everyone was asked to leave immediately.

Drake and I immediately hopped onto the stage, while the crowd filed out the front door as requested by the owner and security. Drake and I told Lee that we should continue this jam over at our Studio at RCA Victor. Since we had previously met Hendrix through Lee, our presence on stage at this point made good sense, and no one questioned why we were there and appealing to them to continue this great music in a different, more controlled, environment.

It made perfect sense to go to the Studio where Brotherhood was recording because we had all the gear set up, including two drum kits, a B-3 organ, a battery of different kinds of guitar and bass amps that we had rented from a new rental company in Hollywood called Studio Instrument Rental (S.I.R.). This company was in its infancy back then, but ultimately it became the largest music rental company in the world, and Brotherhood rented thousands of dollars worth of gear from them. They started in a garage, with a few items to rent, but with Brotherhood being their customer, they were forced to upgrade and add to their inventory, and thus they grew quickly and thrived.

Lee and Hendrix and entourage all decided to come to our studio. So at about 3am, Drake and I were begging the night security guard to let us – and all these other wild and crazy looking hippie guys – into our studio. This was an unannounced, unscheduled, unofficial recording session that we convinced the security guard would have the full blessing of the record label. And we convinced him that he would get fired if he didn’t let us in with all these famous, major players.

We must have said the right thing, because miraculously he let all 17 of us in the studio – all the Brotherhood members, Hendrix’s band, Lee’s band, close friends who got wind of the plan at the nightclub, and a few unknown floaters who snuck in with their guitars. It was a mess, but it had the promise of being a spectacular jam.

We called our engineer, Hank McGill, who was home sleeping, but unfortunately, he wouldn’t come down to record the session. He must have thought he was having a bad dream, because, “how could these guys have possibly gotten into the studio in the middle of the night?” He must have thought we were dreamers or insane, or both, but he turned us down and that’s why this session never got recorded.

It’s probably okay that it didn’t get recorded, because in hindsight, all I remember is that everybody was playing at once: two organists, three drummers, and at least seven guitar players, including Hendrix.

Providentially, I was the only one playing bass and as it turned out, Hendrix gravitated toward me, and hung out there for the entire jam. All these guitar wannabes who somehow weaseled their way into our studio because of being with musician friends who knew us, couldn’t resist walking up to Hendrix and showing him how they knew all of his guitar riffs. He got tired of this really quickly, and that’s why he moseyed over to my corner where he didn’t have to compete with me.

The jam lasted about two hours, and the continuous excessive volume throughout the jam probably gave us all some ear damage. It was just plain loud, all the time, without letup. Unfortunately, no one tried to enforce the dynamic range and show a little respect and musical nuance, by giving each guy a chance to play. It was just loud, all the time, with everyone playing full out and full blast for the entire jam. It was like standing next to a jet engine for two hours.

There was one little human interest story that I enjoy relating. Sometime in the middle of the jam, Hendrix leaned over to me and asked, “Hey, man, do you have another guitar pick? Mine broke…don’t have any more.” I pulled one of my bass guitar picks out of my pocket, and gave it to him. I told him,“These never break. You might like it..” He looked at it very curiously, because it was larger than a regular guitar pick, with a skin-grip hole in it. We continued playing until the jam kind of fizzled down to nothing and everybody got tired. People mingled and visited for a little while, as everything started to wind down, when suddenly Hendrix walked up to me and said, “Hey, man. I dug your bass playing. You have a nice groove…Hey, here’s your guitar pick back. Thank you very much.” He was very humble, soft-spoken and gracious as he complimented my playing, and handed back my pick. I insisted that he keep the pick, because as I promised, it never broke because it’s nylon. He might end up liking them, if he tried them for a while. That was the gist of the conversation. He responded with the same humble voice. “Thank you, man. I really appreciate that. I’ll try it Thanks for opening the studio for us to play.” And he added, “Hey, stop by my session if you want. We’ll be recording all next week at [whatever the studio was called].”

We shook hands, I thanked him for coming, and he walked away as I started packing up my guitar and other things laying around. Drake and Smitty were smoking some grass with Mitch Mitchell, Noel Redding, and some other guitar player friends before we all left the studio. As we all walked outside to the parking lot and said our goodbyes, the sun was just beginning to peak over the mountain. It was about 5:30am and Drake, Smitty, Ron Collins and I went to a restaurant to grab some breakfast. We were all in disbelief that the jam had gone so poorly – the sound had been so painfully loud – and not only were we unable to record anything, but not even one photo was taken to document this rather clandestine, middle-of-the-night, historic event in the Brotherhood saga.