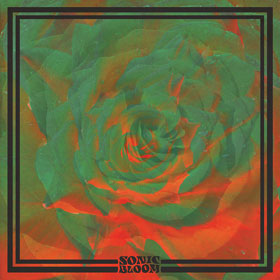 Modern perspectives on 60s garage rock have littered the musical landscape in the 21st century. But I’m reminded of an oft-repeated response to all that by a friend of mine. Upon hearing the latest band claiming to faithfully re-create the garage rock vibe of 1965-68, he often remarks upon the result, saying something like, “Aww…that’s not garage.” Clearly, to him, these young whippersnappers took the wrong cues from the era; perhaps the focused more upon sartorial concerns than musical ones.

And the sixties identikit isn’t enough. Nor is it enough to simply outfit a band with Rickenbacker guitars, fuzztone pedals and some Vox amps. While it may or not require consumption of drugs, there’s little doubt that an understanding of the musical goals of the sixties antecedents is the foundational prerequisite to getting it right.

Some do succeed. Austin’s Black Angels (on tour this coming spring with no less a psychedelic light than Roky Erickson) understand the vibe; their albums are awash in the fuzz-and-feedback aesthetic, and they get the tmepose right. But beyond that, they understand what it takes to put together a good song. Because one of the foundations of that sixties garage stuff was songcraft: you had to be able to dance to it, and (with some exceptions) the song had to make its musical mark quickly.

Another band that “gets it” is Night Beats. I reviewed their self-titled debut in Summer 2011, and I’m happy to report that on Sonic Bloom, their 2013 followup, they deliver more of the same quality.

Lee Blackwell still sounds like Sky Saxon. His guitars consistently reverb, feed back and fuzz out. There’s a pleasingly nodded-out vibe on groovy tunes like “Playing Dead.” And some tasty Farfisa enlivens “Outta Mind.” Throughout Sonic Bloom, the vocals and guitar – and to a lesser extent, everything else – are treated with sheets of reverb, phase and other sonic trickery of the late 60s. But it’s all done lovingly, and with an understanding – once again – that the basic song has to be there for it all to work. No, you probably won’t find yourself singing along to “Real Change.” Bonus points to you if you can even decipher what Blackwell’s singing about. But that’s not the point; the sound of the vocal – and the sound of that keening, squealing lead guitar break – is what’s important here.

“Satisfy Your Mind” is a Dylanesque jugband romp filtered through a fuzztone. Elsewhere, the band’s musical time machine goes back to the past to invent proto-shoegaze. “The Seven Poison Wonders” sounds like it could fit nicely into the “dance club” scene in the soundtrack of a Roger Corman film from way back when. And the album’s closer, “The New World” folds in some jazzy elements, suggesting that should Night Beats wish to expand their sonic horizons, they could do so effectively. (Here’s betting they won’t.)

Sonic Bloom represents a small step forward from the band’s debut, but since they started from such a solid place, little movement is needed. They haven’t yet said all they have to say where they are.

Sonic Bloom is a prime contender for Top Ten albums of the year, if the year is 1966. And from where I stand, that’s high praise indeed.