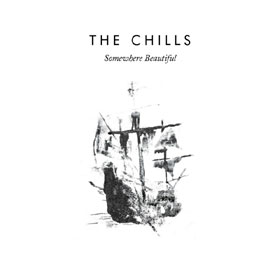 While I choose to believe that – on some exceedingly modest level – I have reasonably good critical sense of measure where music is concerned, I have no illusions about my skills on the commercial side of things: my commercial instincts are close to nil. Were it up to me, we’d all live in a world in which Marshall Crenshaw would sell a million records each time out. Alas, such a world does not exist. So while I am pretty good at pegging the inverse – a sort of, “That’s so terrible it’ll probably be a hit,” – few would ever look to me to predict the success of an up-and-coming recording artist.

A case in point is kiwi pop. As exemplified by the output of New Zealand-based Flying Nun Records, that subgenre was, I was all but certain, destined to be the Next Big Thing in the 1980s. With excellent acts on their roster – a list that included The Clean, The Jean-Paul Sartre Experience, and Tall Dwarfs, the tiny label from the tiny country was responsible for some of the era’s most engaging examples of what we then called New Wave.

You know how things turned out. True, Split Enz (and later Crowded House) would enjoy major and well-deserved success across the globe (though decidedly less success in the USA), but as far as New Zealand-based pop culture, well, let’s just say that a bunch of hairy little Hobbits pretty well cornered the market.

Still, that music was pretty fine. And many artists from that classic era remain active to this day. Chris Knox (formerly of Tall Dwarfs) has remained quite busy, even after suffering a stroke in 2009. But perhaps the finest of all the bands of the era – right up there with my beloved Enz – were and are The Chills. Their ironically-yet-aptly-titled 1990 single “Heavenly Pop Hit” (#2 NZ, #92 UK, non-charting in the USA) captures the spirit of the era, all chiming and shimmering guitars and catchy choruses. A timeless tune, it’s the one song that people in the northern hemisphere know by the band, if they know one at all.

The Chills remain very much active. Since 1980 and with precious few breaks, Martin Phillipps and his rotating lineup of band mates have turned out pop of the finest order. And on their latest, the live Somewhere Beautiful, The Chills serve up a sort of greatest hits live set for the ages.

Released on CD and in a 3LP vinyl configuration, Somewhere Beautiful charts the band’s history in a non-chronological fashion. The band surveys music from their four albums, delivering the tunes in muscular yet tuneful fashion.

The editing on the album – at least on the promotional CD which I had for review – is a bit odd. While the songs were all cut live at a recent gig, the applause is mostly cut out, and each track fades at its end, like on a traditional studio album. But the performances remain first-rate. There’s a certain life breathed into the live readings of tunes like “I Love My Leather Jacket” that makes them essential companions to their studio counterparts.

The career overview nature of Somewhere Beautiful makes the album a good entry point for newcomers to The Chills catalog, and the immediacy and newness of it all makes it an essential purchase for the long since converted. In short, a winner.