Longtime readers will know that I review digital releases only in the rarest of cases. Only slightly more often will I cover physical releases for which I have access only to a download (or even more rarely, a stream). However, on special occasions, I’m happy to make exceptions. Said occasions are generally this: the music is worthy of comment – positive, negative or middling – to the extent that I don’t mind not having the disc in my hands. Of course these situations generally (but not always) preclude my commenting upon such matters as packaging, album art, liner notes and so forth. So with those caveat-type statements out of the way, here are brief (150 word) reviews of a clutch of noteworthy 2013 releases. 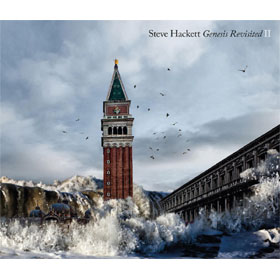 Steve Hackett – Genesis Revisited II
Hackett was a prime mover of Genesis‘ early sound, in the days before they went pop. His progressive stylings added a lot of color to their music. And his post-Genesis solo material (especially 1980’s Defector) showed him expanding his horizons beyond his old group’s already expansive sonic palette. But he’s returned to the well twice, in 1996 and again with this second volume. He enlists a who’s who of famous guests (Steven Wilson, Neal Morse, John Wetton, Mikael Åkerfeldt) and expands the self-covering exercise to include some of his solo material. “Dancing with the Moonlit Night” – one of Genesis’ best songs – is close to the original, right down to It Bites singer Francis Dunnery‘s Peter Gabriel vocal impression, but where it differs (more medieval, somehow) it’s wholly fascinating. Redundant by its nature, it nonetheless remains – thanks to Hackett’s playing and musical choices – enjoyable and worthwhile. 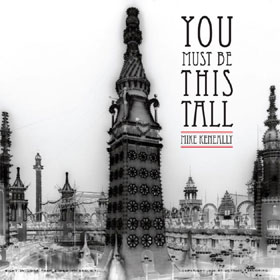 Mike Keneally – You Must Be This Tall
I first discovered Guitarist/multi-instrumentalist Keneally through his involvement with Frank Zappa‘s late 80s and early 90s releases. That musical kinship (I hesitate to cal lit influence, as Keneally’s his own man) is clearly evident on this album’s opening title track. “You Must Be this Tall” sounds like Jazz From Hell era Zappa with the addition of some actual (if wacko) guitar. The triumphant horn (or “horn”) arrangement that opens “Cavanaugh” sounds a bit like Zappa’s “Easy Meat,” but the smooth, tuneful vocals add a more pop sensibility. Well, they would, if they weren’t applied to such knotty melodic lines as these. “Cornbread Crumb” sounds like 70s funk/jazz filtered through a prog worldview. The slower and midtempo cuts work better than the more manic ones (like “Kidzapunk”). Other musicians – most notably, drummer extraordinaire Marco Minnemann – help out, but mostly this is Keneally’s show. 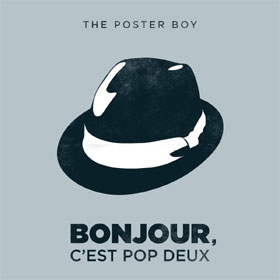 The Poster Boy – Bonjour, c’est Pop Deux
On their debut album, 2012’s aptly-titled Melody, this Budapest-based group crafted one of the best albums of the year, with a sound that recalled World Party, Crowded House and The La‘s. In other words, ear candy of the highest order. On their second outing, they’re aiming for a bigger sound, a bit heavier and more ambitious. “12:01” draws influence from equal parts Ben Folds Five and Wings (specifically “Nineteen Hundred and Eighty-five”), while still sounding fresh, new and thrilling. They want you to dance – or at least nod your head in time – on cuts like “Spectre.” The ballad “Another Person” has an oddly overdriven vibe. This album might take a tad longer to reveal itself than did the debut, but its overall quality suggests that – with a soupçon of luck – The Poster Boy could break out internationally in a very big way. 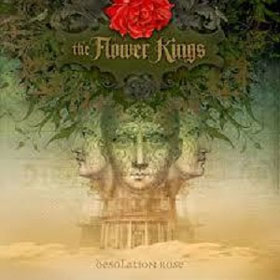 The Flower Kings – Desolation Rose
Modern-day fans of modern progressive rock tend to like The Flower Kings, and with good reason; their sound is both backward- and forward-looking at once. Traditional prog fans will like that they sound a bit like Genesis (see above), especially in their ambitious arrangements. Those more inclined toward harder-rocking sounds will note that their sound compares favorably to Spock’s Beard. A strong emphasis on melody and grand, sweeping musical melodrama means that this deliberately-paced album provides enjoyment both in the moment (as in, the songs themselves) and in the big picture (as in, the album as a whole and on repeated spins). Accessible, heartfelt vocals from Roine Stolt sound more British than Swedish, and when it comes to prog, sounding like you’re from the UK is almost always a good thing. Memorable melodies and muscular playing abound, all delivered with subtlety. Bonus points for huge dollops of Mellotron layered throughout. 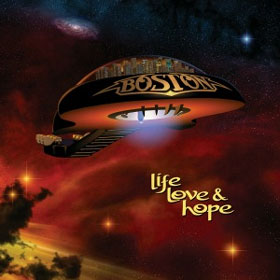 Boston – Life, Love & Hope
It’s too easy – shooting fish in the proverbial barrel – to make light of Tom Scholz‘ interminable tinkering between album releases. So instead let’s move directly to the music on this, Boston’s sixth album since 1976. First off, it sounds exactly like you’d expect: the chorused/overdubbed signature guitar sound Scholz perfected in the 70s is right here like (one supposes) it ought to be. And though Brad Delp is no longer alive, his vocals are all over several tracks on this album. The opener “Heaven On Earth” sounds like it could have been a middling track on the first record, or a strong one on the third. However, Scholz’ enlisting of a female lead vocalist on some tracks results in a curiosity: musically it’s vintage Boston; vocally it’s something else entirely. Equally as troubling is his recycling of a composition from the band’s fifth (2002) album, Corporate America.