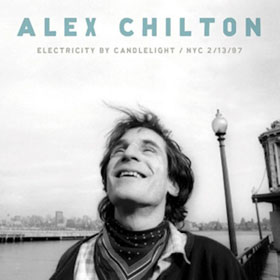 Bootlegs or ROIOs* or fan recordings: however one wishes to label them, they play an often important and unappreciated part in documenting musical history. As Clinton Heylin explains in his excellent 1994 book Bootleg: The Secret History of the Other Recording Industry, surreptitious and/or unauthorized fan recordings have been responsible for capturing otherwise unheard performances of great historical import. Sidestepping his discussion of William Shakespeare‘s folios and moving to his focus on music, we learn that one Lionel Mapelson (the “Father of Bootlegging”) had recorded snippets of many operas staged at New York City’s Metropolitan Opera House in the years 1901-03. Without his (admittedly crude) efforts, today we’d have no idea at all – beyond written accounts – of what those now century-old performances sounded like.

Thank goodness that this surreptitious practice continues to present day. Without it we might not have all manner of important music preserved in any manner. While The Beatles will soon see a second volume of BBC recordings officially released (On Air is slated for holiday season 2013), many collectors (cough cough) have long had a 13CD set of all extant Beatles BBC recordings.

And so it is with a one-off performance by the mercurial Alex Chilton, late of The Box Tops and Big Star. In 1997 he was booked to play a gig with his band at New York City’s Knitting Factory; he and band showed up on the evening of February 13, set up and readied themselves to play the second of a two-night stand.

Then the power went out. Club owners issued refunds to disappointed fans, most of whom left once it was clear the power wasn’t coming back on anytime soon.

But a hardy coterie of fans remained behind. And to appease them (or more likely, considering the man’s personality, to amuse himself) Alex Chilton came out and took an acoustic guitar offered him by an attendee who just happened to have one handy. (No, really.) Figuring he’d run through a few tunes and call it a night, Chilton steadied himself in the nearly totally dark room and launched into songs that were deeply embedded in his memory and/or psyche. These weren’t hits – not most of ’em, anyway – they were songs that Chilton had lived, loved. A fan request to do Tammy Wynette‘s “D-I-V-O-R-C-E” was granted, a relatively obscure Johnny Cash tune (“Step Right This Way”) unearthed.

But then a funny thing happened: Chilton got into it. So rather than quit, he kept going. In all, he turned in seventeen songs, solo save for a bit of snare and brushwork by drummer Richard Dworkin. The lyrics of an even spookier than usual run-through of a Chilton favorite, Loudon Wainwright‘s “Motel Blues,” elicited surprised and/or nervous chuckles from a female audience member who clearly hadn’t heard the tune before. “My Baby Just Cares For Me” was a relatively obvious choice, having featured prominently on Chilton’s bet-you-didn’t-see-this-coming album of standards, 1995’s Cliches.

Less obvious were a reading of Joni Mitchell’s “A Case of You,” and the Gershwins‘ “Someone to Watch Over Me.” And toward the end of this wholly impromptu set, Chilton reminded everyone of his abiding love of Brian Wilson (he’d covered Wilson’s tune for Jan and Dean, “The New Girl in School” on 1995’s A Man Called Destruction) with a three-song suite of Wilson originals: “Wouldn’t It Be Nice,” “Surfer Girl” and the left-field Beach Boys Love You oddity “Solar System.”

And it went on like that. Luckily a resourceful superfan named Jeff Vargon had thought to bring along a portable recording device; certainly he had no idea he’d be capturing for posterity one of the most singular concerts ever, something that couldn’t have come off nearly as well had it somehow been planned.

And while copies of unknown generation of this show have circulated among collectors for many years, it’s a delight to see official release of this set, perfectly titled Electricity by Candlelight, on Bar None Records. Sourced from Vargon’s master, this recording sounds as good as it possibly can. It’s certainly not studio quality, but then that sort of polish would have been anathema to the night’s vibe anyway. Listeners will likely settle quickly into the sonics of the recording; it’s not at all shrill or an unpleasant listening experience.

Now, if someone would engineer official release of that great one-off studio session Chilton did in 1992 with Teenage Fanclub, the world at large could thrill to hearing Alex take the lead vocal on the TFC arrangement of the Flying Burrito Brothers‘ “Older Guys,” and hear the Fannies back him up on a raucous reading of Bach’s Bottom‘s “Free Again.” But in the meantime, Electricity by Candlelight is a wonderful artifact of a once in a lifetime event that few had the honor of witnessing firsthand.