I wasn’t kidding when I wrote of having a massive backlog; here are four more capsule reviews. Don’t infer that these releases are somehow lesser than those receiving more in-depth coverage; these are all worth further investigation. As per usual, 150 words per review is my limit here. 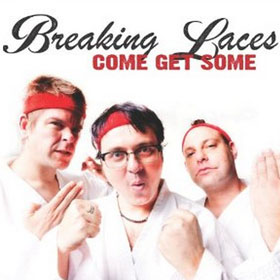 Breaking Laces – Come Get Some
This one is kinda hard to pin down. On the opening track, “Better Than Me,” this trio sounds a bit like 1990s alternarock. Good stuff, I mean, like Fountains of Wayne, Goo Goo Dolls and so forth. Billy Hartong‘s carefully enunciated lead vocals are backed up with power chords and tight harmonies. But then on “Be a Hammer,” they head in a wholly different direction; the tune’s rubbery riffage is more redolent of, say, Soundgarden. “When the Lightning Came” is almost a power ballad. Elsewhere you’ll hear echoes of Gin Blossoms (“Before you Drown”) and Jellyfish (“Extra time”). Have you noticed a theme yet? Yep: 90s. Not that that’s a bad thing. With the exception of the Cakelike “I Used to Be a Boy Scout,” the last half of Come Get Some is weighted toward ballads. Summary: if you like 90s FM rock, you’ll enjoy this.

Update October 10, a mere nine days after posting this review: The band announced today that they have broken up. 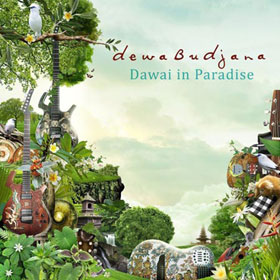 Dewa Budjana – Dawai in Paradise
Looking at the cover and sleeve notes of Dawai in Paradise, one might expect the album to be an excursion in a sort of George Harrison/Ravi Shankar kind of vein. The song titles would reinforce that notion: “Lalu Litas,” “Rerad Rerod” (Yeah, I dunno either). Listen to the CD and you find something a bit unexpected. Yes, it’s progressive rock, mostly (but not completely) of the instrumental variety, but there’s a strong sense of melody at work here. Dewa Budjana (electric, acoustic and synth guitars) is ably joined by a loooong list of players: many of them are drummers or bassists, but you’ll also find some left-field instrumentation too. Violoncello, bamboo flute, and even harmonica. Mellow and jazzy in places, it’s knotty and angular in others, but that sense of melody is the foundation upon which the songs are built. The Eatern-centric vocals reinforce the album’s worldbeat flavor. 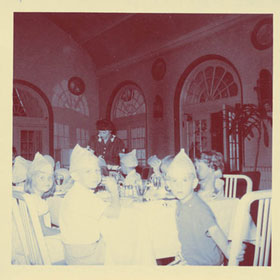 Jackson Scott – Melbourne
As happenstance would have it, Jackson Scott lives here in my hometown of Asheville NC (pop. Around 70,000). But neither I nor anyone locally I’ve asked had heard of him, and he doesn’t play here much. His album Melbourne has elements of psych-folk and just plain psych; he’s clearly absorbed influences ranging from Cluster and Eno to Sufjan Stevens (what ever happened to him, by the way?). The cracked folk thing has been done to death, but Scott manages to bring a fresh sensibility to it. Melbourne has a guy-with-guitars-and-effects-and-a-recorder-at-home vibe, but that’s not in and of itself a bad thing. Some of the tracks (“Never Ever,” for example) feel like the soundtrack to a bad acid trip, with chirping tape experiments that recall early Frank Zappa by way of Ant-Bee (another Asheville gem). But then “Sandy” is shimmering 60s folk pop a la Jackie DeShannon. Confusing yet worthwhile. 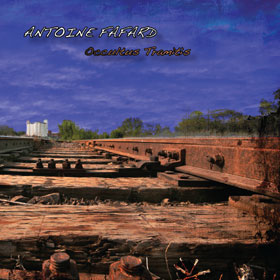 Antoine Fafard – Occultus Tramitis
Skating along on the knife-edge that is the border between progressive rock and jazz, bassist/guitarist Antoine Fafard has crafted an alluring album in Occultus Tramitis. Enlisting the aid of some heavy hitters (but using them in a way that further his aims rather than allows him to be overwhelmed), Fafard delivers eleven tracks of varying mood and texture. Jerry Goodman – an esteemed violinist with his own style – channels Jean-Luc Ponty‘s 70s work on “Peace for 4,” the opening track (and one of the disc’s best). An all-star list of drummers (Dave Weckl, Chad Wackerman, Gavin Harrison and others) always does more than hold down the beat. On cuts like “The Chamber,” a trio lays down a thick, menacing groove. On “Good Reasons” Goodman’s violin sounds more like Joe Satriani‘s guitar. When Fafard takes an extended bass solo (“Sum of 6”) it’s tasty, and never indulgent.