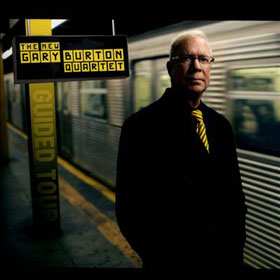 The New Gary Burton Quartet – Guided Tour
Gary Burton is a giant in the jazz world. In addition to an extensive body of work, the vibraphonist has contributed vastly to the education of younger jazz musicians through his decades of involvement with Berklee. He was especially busy in the mid 1960s: his A Genuine Tong Funeral and Lofty Fake Anagram (1966 and ’67 respectively) are two of the finest entries in jazz’s post-bop category’ the latter is even sometimes considered proto-fusion. Burton has maintained an admirably consistent release schedule of new albums for more than a half century now, and on his latest (credited to The New Gary Burton Quartet), Guided Tour, listeners will find him as engaging as ever. Certainly not “rock” in any meaningful way, the music on Guided Tour nonetheless rocks. Of all things, the record is sometimes reminiscent of The Grateful Dead (see “The Lookout”), and that’s meant as a compliment. 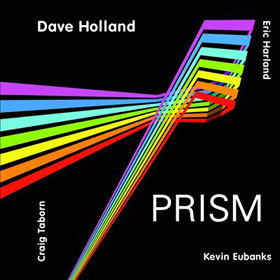 Dave Holland — Prism
I don’t closely follow current jazz trends – I’m still playing catch-up with the classics from the 1950s and 60s – so imagine my surprise when I learned that Jay Leno‘s former Tonight Show bandleader Kevin Eubanks is an electrifying axeman, with a style informed by John McLaughlin, Hendrix and others. Holland (bassist on Miles Davis‘ Bitches Brew) and the other two players (Craig Taborn on Rhodes and piano, and drummer Eric Harland) are no slouches, either. Calling this a jazz album is painting it unfairly into a corner. Elements of progressive rock and even metal can be found. There’s a slightly odd texture to the production: though expertly played and produced, it somehow feels like a demo; one suspect the nine tracks were largely laid down live in the studio. The numbers crackle with the kind of electricity one might find with late-period “double trio” era King Crimson. 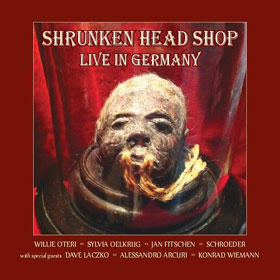 Shrunken Head Shop – Live in Germany
Imagine if Frank Zappa had worked with Miles Davis. While the music on this album doesn’t quite reach the imagined heights of such an historic pairing, the feel is, in places, similar. The subtle, chugging rhythm of “Legends of Litfass” sets the stage for some soaring, searing and stratospheric horn work and fleet-fingered guitar work. But Willie Oteri‘s outfit employs the most modern of machines: live electric guitar looping and Chapman Stick are used alongside more traditional instrumentation (drums, violin, trumpet). Some of the pieces veer toward the impressionistic; other times there’s a vague Saucerful of Secrets-era Pink Floyd space rock feel to the numbers. Sometimes things get skronky and avant-garde (“Whales of the Black Forest”). The sleeve tells us that the tracks are all “Spontaneous compositions produced live,” and Live in Germany sounds like it. This without-a-net approach has its perils, but the results here are fascinating. 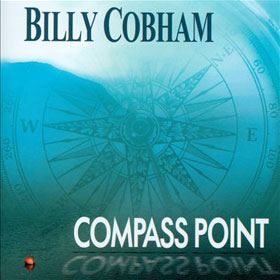 Billy Cobham – Compass Point
Strictly speaking, Compass Point isn’t a new album. Recorded live in the Bahamas in 1997, the album was recorded live and intended – as the announcer tells us before opening track “The Snaffler” kicks in – to be released shortly thereafter as an album. Each of the four players – former Mahavishnu Orchestra drummer Billy Cobham, bassist Stefan Redemacher, guitarist Carl Orr, and keyboardist Gary Husband (currently playing with John McLaughlin, among others) – gets a brief liner note essay, but noe reveal wqhy Compass Point was delayed release for fifteen years. The weather was doomy, the Compass Point Hotel stage was iffy, and unspecified technical problems (few if any of which are audible) plagued the session. Still, it was worth the wait: everyone’s firing on all cylinders, and though Husband had to play an out of tune Yamaha CP-70, the released results sound as if everything went smoothly.