As regular readers know, periodically I engage in a desk-tidying activity whereby I cover a pile of albums – discs deserving of coverage, but ones I haven’t gotten to as quickly as I’d like – in the form of capsule reviews. My arbitrarily self-imposed limit for these is 150 words per album. This week (along with some other music coverage) I’ll do that for a bunch of albums new and newly reissued. Here’s the first installment. 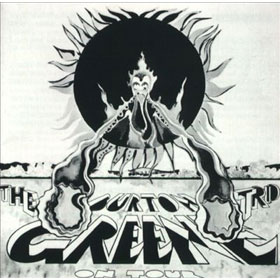 The Burton Greene Trio – On Tour
File this live recording from 1966 under “weird jazz.” Four tracks averaging ten or more minutes each make up this album originally released on the famed ESP label. A trio featuring Greene on piano and, um, “piano harp” plus Steve Tintweiss on (upright) bass and drummer Shelly Rusten heads into decidedly avant-garde territory right out of the gate. The trio uses both dissonance and silence in significant quantities to make their musical statements. The date (recorded on a tour of New York state colleges) also included Sun Ra on the bill, so you know this isn’t toe-tapping soul jazz. Experimental and not for the faint of heart, On Tour is one of those releases that demands your undivided attention. Give it anything less and you may well find it noisy and even annoying; give it the attention it requires, and you may find some joys within the weirdness. 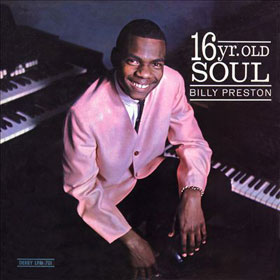 Billy Preston – 16-Yr. Old Soul
Near the opposite end of the musical spectrum we find this delight. Even at the tender age of sixteen, Billy Preston had established himself as a highly accessible organist (and, to a slightly lesser degree, pianist). This 1962 album – newly re-reissused by Real Gone Music in cooperation with ABKCO) includes the original record’s ten tracks plus two bonus cuts from the same sessions. Those sessions found the young Preston backed by some of the top sessionmen of the era, including guitarists Tommy Tedesco and Gene Edwards, and drummer Earl Palmer. But the kid holds his own here: throughout, Preston plays with an assurance and dexterity that belies his age. The organ runs on “Greazee” (a Preston co-write) is thrilling, and the other tracks – mostly covers encompassing a wide stylistic range, all run through a soul-jazz-gospel filter – show that Billy Preston had an early mastery of styles. 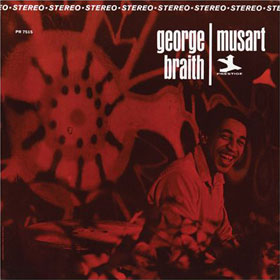 George Braith – Musart
When one thinks of the (perhaps gimmicky) technique of playing several wind instruments at once, the first name that likely comes to mind is Roland Kirk. But George Braith put his own spin on the concept with the invention of the Braithophone, an instrument that puts alto and soprano saxes together. As illustrated on his 1967 Prestige LP Musart, he shows that he augments his inventiveness with tunes and chops. With a sound that incorporates exotica, cool jazz, bossa nova, bop and a bit of soul, Musart is a varied outing. Even some wordless vocals find their way into the mix. A pleasing cross between accessibility and adventurousness, Musart seemed to point the way toward Braith’s future, but he wouldn’t record another album under his own name for nearly a quarter century. Pat Thomas‘ liners on this Real Gone Music reissue call Musart “Criminally neglected.” That’s about right. 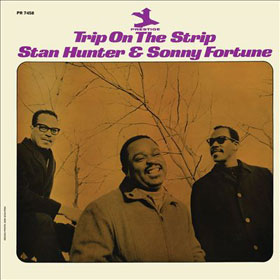 Stan Hunter & Sonny Fortune – Trip on the Strip
With their Dusty Groove imprint, the archivists at Real Gone Music use the opportunity to dig deep. And one of their latest unearthed treasures is this 1966 LP. Featuring saxophonist Sonny Fortune and Hammond organist Stan Hunter, Trip on the Strip marked a departure for the venerate Prestige label: a soul jazz outing. This record swings hard, thanks in large part to the percolating rhythm section of John Royal (drums) and guitarist Sherman Suber (there’s no bass; Hunter’s left hand and feet take solid care of the bottom end). Throughout this seven-track album, hunter and Fortune take turns blowing. And blow they do: this is jazz for people who don’t think they dig jazz, full of the expression and joy of gospel, and the groove of soul and r&b, all rounded out by the chops one expects of jazz players. What they do with The Beatles‘ “Yesterday” is sublime.