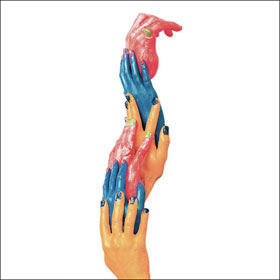 The trio’s sound owes a stylistic debt to 80s synth-centric pop, most notably Berlin (the airy vocals of Sarah Chernoff, one of the group’s two singers), Depeche Mode (via the synth bass and drum machines) and ABC (the dance-floor vibe that’s a hallmark of many of the tunes). But a modern twist keeps them from the nostalgia trap. There’s a “real” flavor to the songs that belies their machine orientations. A strong sense of melody helps immeasurably. If the show is on a par with their album Exhibitionists (or even its great cover art) it’ll be a treat. 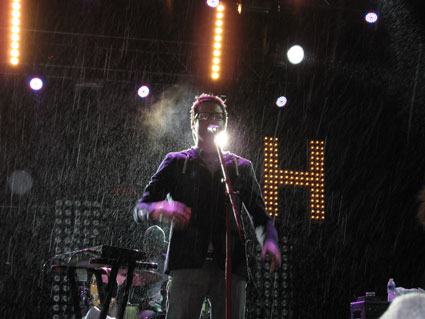 And of course Mayer Hawthorne always delivers; I met him backstage at the Orange Peel (venue for this Friday’s show as well) nearly three years ago, and his work since then has shown that he’s got more on his mind than neo-soul (though he nails that impressively).