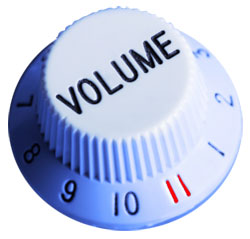 I’ve been very busy of late, what with attending the Hopscotch Festival, doing lots of interviews, and listening to a ton of new and reissued music. That’s the excuse I’m going with to explain my otherwise lack of new content today. So instead I’ll take just a moment to let you know what’s coming very soon:

Coming on the heels of those interviews are these:

In the meantime, there are 1200-plus pieces here for you to explore at will, and the archive of stuff I published 2009 and earlier.