BK: This is an oversimplification, but bear with me. In rock, the drums pretty much keep the beat. In jazz, the beat is often implied. In progressive rock of the sort you do with Stick Men, your role seems to be somewhere in between, and the drums take on a role that is as much about music as it is about beats. Do you think that’s accurate?

PM: This is another interesting thing you’re bringing up, and makes me think of a lot of things. First, I don’t feel all that brilliant, so I’m glad it sounds musical to you. That’s all I could ever hope for. 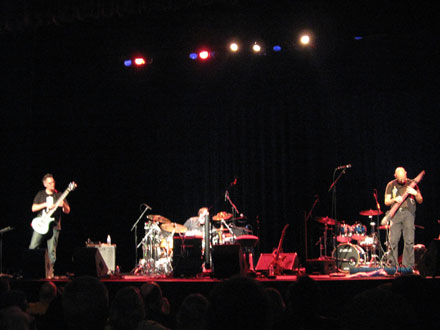 When you were talking about rock laying down the beat and jazz implying it, and how prog fits into that. Somewhere, I guess, in the last twenty years – and I’m sure it’s due to working with Bill [Bruford] and Robert [Fripp] – I started thinking that my drumming could get more ambiguous. Ambiguous drumming. So, yes..it’s nailed down, but it’s nailed down sideways. (chuckles)

And then I think about this thing where sometimes – especially with Trey [Gunn] – we would take the liberty to sort of eliminate more of the “math” and play more impulsively. We’d just play to the pulse, if that makes sense. Don’t try to subdivide and count everything; always maintain the pulse. That’s prime., whether you’re sitting there going, “12345671234567,” or if you’re just kinda going, “11111111.” You know what I’m saying?

My Stick Men buddies [Reuter and Levin] supply plenty of rhythm. Sometimes what I play is my choice, and sometimes it’s an arrangement choice within the band. Most of the time, they say, “Just do what you do, Pat.” Occasionally one of them will say, “I’d like you to do something different here.”

For instance, in “Whale Watch,” in the first few minutes when the groove starts to establish itself…I play the time, but I don’t keep the time. Tony asked me to do that. He asked me to just do fills, and let  him do all the pulsing. But when we first did it live it seemed my immediate reaction was to sort of play the [Genesis] “ABACAB” backbeat, the Phil Collins chunky grooves. And that works well live, since Tony has so many other parts to cover. But on the recording, I’m kind of not even going. I’m teasing the track.

And there’s the whole electronic element. Sometimes adding beatbox or Edrums lets me supply something that a straight-up acoustic player couldn’t.

BK: The three of you each recorded your parts individually in your own studios and then mixed it all together. Did that mean that one of you would sort of establish where the song was going, and then the other two of you would build upon that?

PM: It evolved through several different processes, but certainly that’s one of ’em, and applies to a song submitted, like “Cusp.” Markus’ original parts felt like the drum part, so I’m basically doubling that. When Markus joined the band – two, three years ago; whenever that was – he came over to my place, and Tony did too. I had suggested they meet in person before going to tour South America for our first rehearsals and tour. So for about three days, we were all together in one room at my place. Out of that writing session came “Crack in the Sky.” And we did a version of that that was on the EP Absalom. We also started work on “Concussion” but we went in a different direction with the middle eight; it started to sound like Bad Company! So that got left on the cutting floor.

That was the EP Absalom…I forget now how the other pieces started. Then, skip ahead a few years to Deep. We were getting near the end of [making] Deep, and we felt like it needed a little more Tony. So I said, “Tony, how about a vocal song?” And since Tony had learned to sing a little bit in Spanish and Italian on the tour, we thought, why not do an “alt” version. So that, for “Crack in the Sky” was Tony’s original idea: the framework of the song. But it was developed all together. 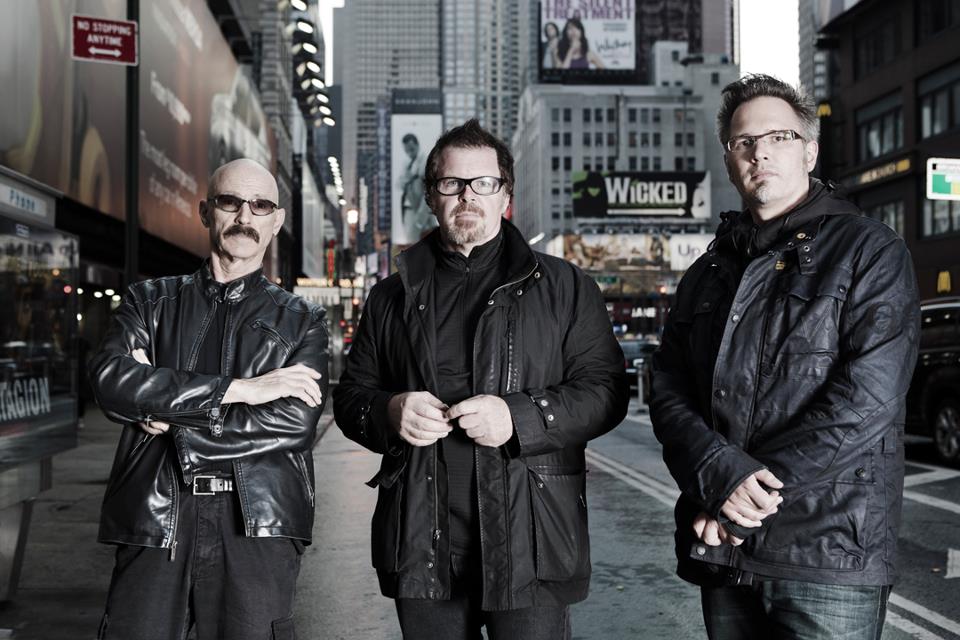 Most of the songs do get passed around, and we do inspire each other. We might say, “That was great, and it made me do this.” Like the middle of “Concussion” in nine was open until after I played and Markus got new ideas from my parts. We all do so many internet sessions. (Right now I’ve got three, four records in the works…I’ve got to go buy another hard drive! I’m out of room here. I’ve got so much shit to get off of my desk before I head out of town.) So we’re good at collaborating.

We spent quite awhile on the album; not that we worked on it every day, but we were digesting it ourselves for a long period of time before we put it to bed. We sent tapes back and forth, and we knew what we wanted, what we’d get. Then later, when Machine mixed Deep, we were not all there, but we sent comments as he would post his mixes. Machine gets that super density in his sound that really made me hear the songs differently.

BK: Some of the tracks on Deep have a King Crimson flavor to them – “On/Off” in particular is reminiscent in places of Discipline-era material. Do you three feel a need when creating the songs to give them an identity that’s wholly separate from Crimson and other things you do?

At my request, Pat ran down the list of his upcoming projects, both live and studio. The guy is unbelievably busy, and deservedly one of the most in-demand drummers in music today. A full rundown of his current and upcoming projects can be found online at PatMastelotto.com.