Today I present yet four more capsule reviews. Today’s crop includes reissues on the Real Gone Music label. RGM is committed to unearthing long- (and unjustly-) forgotten music, and these four titles — all from the too-often-maligned decade of the 1970s – certainly meet that standard. My self-imposed limit for this particular exercise is 150 words on each album. 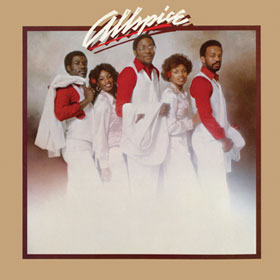 Allspice – Allspice
The cover photo of this one-off release – they put out no further material – suggests a leisure-suited disco act, and in 1977 that wouldn’t be at all surprising. And while there are concessions to the disco scene – especially in the string charts – Allspice betrays influences of funk, soul and r&b. Imagine Earth, Wind & Fire with both male and female vocalists. The emphasis is on four-on-the-floor danceability, but if you listen past the thumping beats, you’ll be rewarded with some tasty lead guitar licks and some inventive drumming. More influenced by, say, Donny Hathaway, Stevie Wonder and just a bit of Isaac Hayes, Allspice showed a good deal of promise here. “She’s a Lady” is a strong soul ballad. But possibly owing to producer Wayne Henderson turning his attention back to his Jazz Crusaders, after this LP the group was not to be heard from again. 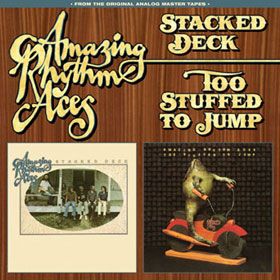 Amazing Rhythm Aces – Stacked Deck / Too Stuffed to Jump
Of the four acts discussed here, only this one enjoyed any chart success. “Third Rate Romance” reached #11 on the Billboard Hot 100 (and scored #1 on the Canadian charts) in 1975. The story-song style was immensely popular in the era, successfully bridging singer/songwriter and country styles. The other tunes on Stacked Deck (paired with 1976’s Too Stuffed to Jump on this RGM reissue) mined a similar vein, and the group’s sound was on the country side of Creedence Clearwater Revival: lots of reverbed Telecaster and understated arrangements. Some appealing slide guitar work is tastefully applied on a number of the tunes. Presumably this package was successful on its first reissue (in 2000 on RGM’s forerunner label, Collector’s Choice), leading to this 2013 re-reissue. Not a lot of rock here, the Amazing Rhythm Aces were primarily a low-key, good-timin’ country band. But a decent one; give this a spin. 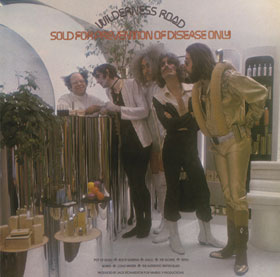 Wilderness Road – Sold for Prevention of Disease Only
It doesn’t get much more obscure than this. Released in 1973, this album you’ve never heard by an act you’ve never heard of sank without a trace. The cover photo suggests a glam rock band; the music dispels any such notion. Imagine a Grateful Dead that rocked harder and had a sense of humor, and you’ll be in the ballpark of the music you’ll find on this LP. Presaging the satirical approach of The Tubes, Wilderness Road attempted to fuse clever lyrics with midtempo, rocking music. In this they were reasonably successful, but the humor doesn’t jump out at the listener. Still, there are some nice guitar solos, beefy horn charts, and some decent singing in a standard 70s FM radio style. If you crossed Wild Cherry with Hello People and took away any hit potential, you might just end up with Wilderness Road. A curio, but worth a spin.

Larry Williams – That Larry Williams: The Resurrection of Funk
Yeah, that Larry Williams, as in, the guy who wrote such classics as “Slow Down,” “Dizzy Miss Lizzy,” and “Bad Boy,” all covered by The Beatles. But this album dates from a bit later in his career: 1978, to be exact. Recorded at the height (or depth, depending on your perspective) of the disco era, this album certainly betrays Williams’ interest in pandering to prevailing pop trends. “Bony Moronie (Disco Queen)” bears no similarity to its namesake (also written by Williams); instead it’s a bid for hit status that hamfistedly name-checks other hits of the era. But with that misfire out of the way, the rest of the album is pretty damn good, in a funky style that suggests a less-demented Parliament. Guests Fred Wesley and Maceo Parker (among others) enliven the tunes, and some tight vocal ensemble work atop the funky beats keeps things interesting.