Here are four more capsule reviews that fulfill my twin goal of (a) clearing off my desk and (b) getting the word out about some music you’d almost certainly otherwise miss. Today’s selections are of a progressive bent. As is my standard procedure, my self-imposed limit for this particular exercise is 150 words on each album. 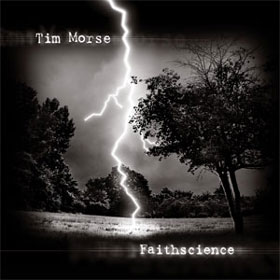 Tim Morse – Faithscience
I will admit my bias right up front: when I see the surname Morse and a title that includes the word “faith,” I go “uh-oh.” While I delight in the knotty compositions of Spock’s Beard and related American progressive acts, that group’s former front man’s religious predilections are not my cup of tea. But Tim Morse has nothing to do with all that. He’s an author/music journalist (Yesstories) and member of a Yes tribute band (Parallels). But Faithscience – a concept record (sort of) based on the life of Charles Lindbergh(!) – sounds nothing like Yes. A few sonic splashes of Kansas here and there, but overall this varied musical excursion reminds that intelligent (and not overwrought) prog rock is alive and well in the USA. You just have to look a bit harder to find it. Morse’s clear voice adds a pop sensibility to his ambitious compositions. 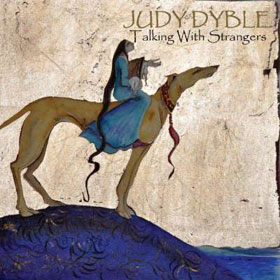 Judy Dyble – Talking With Strangers
Fans of classic-, folk- and/or progressive rock might recognize the name Judy Dyble. She was a founding member of Fairport Convention, and she sang on the demo version of the embryonic King Crimson‘s “I Talk to the Wind.” But she’s been largely out of the limelight since that release (the album’s press one-sheet claims that Dyble “promptly retired to the English countryside to raise a family.”). Talking With Strangers bears some sonic similarities to Fairport Convention; Dyble’s English folk roots inform her songwriting and arrangement. He gentle voice is less forceful than that of Annie Haslam, but the songs on the album are (unsurprisingly) reminiscent of Renaissance. It helps that Dyble’s list of heavy friends includes Robert Fripp, Ian MacDonald, Tim Bowness (No-man) and Pat Mastelotto. While her original songs are strong, her reading of the Greg Lake/Pete Sinfield classic “C’est la Vie” is the highlight here. 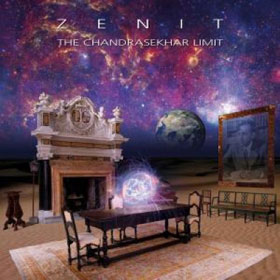 Zenit – The Chandrasekhar Limit
Yeah, this kinda thing is my favorite kind of progressive rock. Lots of shade and light, shimmering acoustic guitars, ambitious melodies, clear singing. Long, sweeping compositions – the shortest track here is under three minutes, but three of them run twelve, seventeen and 24 minutes long – allow plenty of space to go in a number of musical and lyrical directions. Musical points of reference include Peter Gabriel-era Genesis as well as some more modern artists. Some welcome space-rock influences in “Awaken” call to mind Animals-era Pink Floyd; that’s a style of music well worth exploring. Elsewhere there are hints of jazz, tropicalia and world music, but Zenit never sound like a bunch of dilettantes when they travel to these other styles. “PiGreco” serves up dizzying time-signature fiddling, but weds it to a hard-rocking lead guitar passage. The Chandrasekhar Limit is a nice mix of classic and modern. 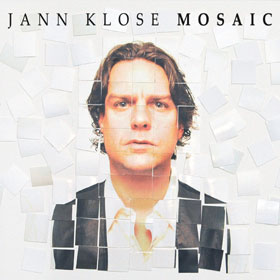 Jann Klose – Mosaic
This release doesn’t really fit into the progressive rock bag. Klose comes by his musical variety honestly, having been born in Germany but raised in Kenya and South Africa as well. Whatever influences those countries had on his music are subtle; it’s hard to pin him down to a particular style. His forte is writing, playing and singing straightforward, infectious songs. Oftentimes he sounds a bit like Crowded House (without the Kiwi accent), but in other spots his breezy tone recalls heartland American acts like Tom Petty. Sparking-clear production allows the songs to shine. Klose knows his way around a hook: listen to a tune like “Know What’s Right” and you’ll find yourself humming that melody for days afterward. No tune on the aptly-named Mosaic is like another, but all ten cuts fit together seamlessly. The tuneful Mosaic is rocking enough to please those who insist on some grit.