Once again, it’s time here at Musoscribe World Headquarters for a batch of capsule reviews. The inbox keeps growing, and some worthy titles have begun to gather dust. So to winnow down my backlog and get the word out about these (largely under-the-radar) new releases, here is the first of three more in my occasional series. Today’s four are indie or small-label releases. My self-imposed limit for this particular exercise is 150 words on each album. 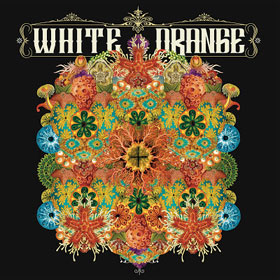 White Orange – Onawa EP
I covered this outfit’s debut vinyl 12” single some two years ago. This is ostensibly their full-length release, though at three tracks and well under a half hour, you might still consider it an EP. The eye-popping cover art might suggest something psychedelic (vague shades of Dungen, perhaps?) but the music inside is really nothing of the sort. More tuneful than their debut, Onawa dials back the sludgy stoner rock vibe in favor of something (a little) more nuanced. It’s four minutes in before “Ehyeh” even has vocals. While a few more musical ideas might have made for a better song, it’s intriguing. “Either Or” is much more amped-up, but the gauzy production keeps that indie feel. The eleven-minutes-plus “And I Leave the Circus” is built on wordless vocals and a two-measure riff. Think of this album as a cross between, say, The Sword and Yahowa 13. 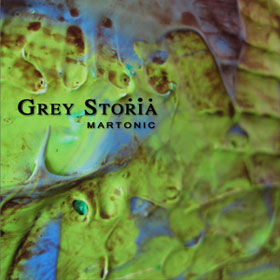 Grey Storia – Martonic
While the genre label “post rock” gives me pause – hey wait! I’m not done with it yet! – I like the whole vibe of the style. Grey Storia is a two-piece (guitarist Paul Gemignani and drummer Daniel Hogans), and their wordless songs combine the melodicism of, well, rock music with an instrumental approach that invites comparisons to Russian Circles. “Requiem” unfolds slowly and bears hints of Led Zeppelin‘s “Kashmir.” With bowed guitar (and the tiniest bit of keyboards), the lovely “Escape” employs a softer, gentler approach that reveals more texture than you’d have a right to expect. “Nightmares” continues the musical subtlety, but “Destroy” alternates a metallic direction with quieter passages, all in under two minutes. The set closer, “Home” starts simple and quiet, and builds into a crescendo. The entire album can be downloaded for free at the band’s site, greystoria.com. 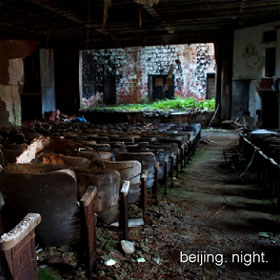 Beijing – Night
Dramatic rock that owes as much to current styles such as that of Arcade Fire are combined with more traditional rock values on Night. “Acrobat” rocks hard while maintaining a widescreen aesthetic that calls to mind Queen, but without sounding at all like them. Other musical touchstones include The Church and Wire Train, though there’s nothing in particular about Beijing’s sound that anchors it in a previous era. Layered countermelodic vocal lines, soaring guitars and insistent, chugging riffs suggest a subtle Radiohead influence (one especially prominent on “The Sun Will Set”), but with less weirdness and more emphasis on songcraft. “Violent” takes a more direct approach, and rocks harder than most anything else on the album, but it leaves a melody ringing in the listener’s head long after the track has ended. Time was, good music like this got played on the radio. Those were the days. 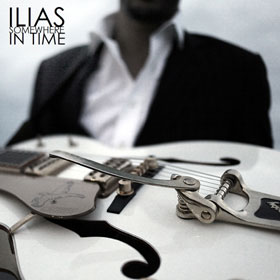 Ilias – Somewhere in Time
An artist might not enjoy having his work described as “make out music,” but the washes of lovely guitar (with especially impressive use of the volume pedal, an oft-abused effect) on Somewhere in Time and fragile vocals on this album seem well suited for such an application. Of course it bears close listening as well, which is how I’m approaching it for this review. Spare arrangements often include little more than a couple of guitar lines, some tinkling piano, bass, some subtle drum work and yearning vocal harmonies. This is intimate music; it feels like Ilias is right there in your living room. With its breathy lead vocal, the jazzy “One of a Kind” might be the best cut on this album, but the entire disc is rewarding. Though it sounds like a tight little ensemble, everything on the disc is played by Ilias himself. Worth seeking out.