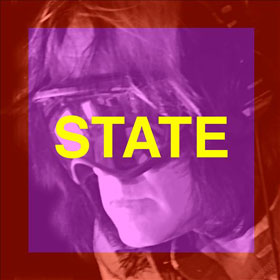 As I’ve mentioned before, and is patently obvious to anyone who pays attention, Todd Rundgren has always followed his own muse. Most of the time – the overwhelming majority of the time – this approach has resulted in some of the most wonderfully innovative and timeless music of the rock era. But it also makes him a sort of equal-parts mixture of thrilling and frustrating. While his stylistic adventures have never felt or sounded as haphazard as those of, say, Neil Young (just look at 1982 to 1985: Trans, Everybody’s Rockin’ and Old Ways), his next move has always been impossible to predict.

Rundgren has always been ahead of the curve; in addition to authoring the software that would come to be known as Paintbrush, and creating one of the first music video studios, he recognized the potential that the Internet would have for music long before most had even starting thinking about the possibilities. And while PatroNet floundered, that result is always the danger for anyone who’s out front with a new idea or technology (CD-i, anyone?)

But as far as music, while following one’s own path may be artistically and creatively fulfilling for the artist, the results don’t always thrill every listener. While 2008’s Arena was a well-received set of anthemic rock tunes, his pair of 2011 releases – Todd Rundgren’s Johnson and (re)Production were huge red flags that suggested to some (hint: this writer) that Todd might be in danger of running out of ideas. Johnson was a collection of blues classics rendered in power-rock mode; it is perhaps most notable as the first and only Rundgren release to which the word boring could be applied. And (re)Production is a semi-good idea gone wrong; at its best it’s uninspired, and at its worst it’s downright cringeworthy.

But alongside these projects, Rundgren mounted some fascinating and successful tours: live readings of his Todd, Healing and A Wizard/A True Star albums reminded modern-day listeners just what a prodigiously talented fellow this kid from Upper Darby PA really is. But the inescapable fact remained: the material he was presenting was decades old.

Thank Todd, then, for State. His 2013 album of new material finds him connecting with his muse or muses, and it’s a fine collection that can sit proudly alongside the other titles in his vast catalog. While I was initially concerned upon hearing of this album – Todd made noises in an interview about being influenced by Skrillex: hello? – State is a project that combines Rundgren’s talent and ear for melody with his insatiable interest in whatever’s-happening-now.

State opens with “Imagination,” featuring a trilling synthesizer line that fades into some heavy rock. The song’s initial vibe is reminiscent of “Utopia” from Todd Rundgren’s Utopia, but once the crushingly heavy flatted-fifth (the signature “Devil’s interval” that Black Sabbath popularized in their self-titled debut) listeners will expect the tune to head in that direction. But then – this is Todd, after all, a man who often stuffs more good ideas into a song than other people scrape together for entire albums – the track heads into a modern take on Philly soul, felling like some of the best moments from 1995’s The Individualist. Bits of left-field sound are folded into the mix too, along with some of Todd’s always-reliably interesting lead guitar work. In short, “Imagination” offers something for nearly everyone, and wipes away any bad aftertaste that those 2011 blind-alley releases may have left.

There is a bit of a band-in-a-box feel about State, but then since it’s Todd’s box, it remains an interesting one. Long before just about anyone else was doing it, Rundgren was crafting one-man-band recordings. So while State was realized on a computer (with samples and virtual drums) it has an organic feel. There’s something about the sonic textures that Todd gets on tracks like the funk-rocking “Serious” that hearken back to his earlier efforts; the synth sounds in particular (but not the melodies) are reminiscent of “Too Much Water” from Utopia‘s Oblivion. Rundgren is one of the few who can subtly recall and reference his own back catalog without sounding as if he’s covering well-trod ground, chasing his own tail.

State merges technology with that unerring sense of melodicism and always-interesting lyrics – perhaps save for “Bang the Drum All Day,” Todd never writes throwaway lyrics; in that sense he’s an American corollary to Pete Townshend – that keeps the song interesting even when the music is a notch below transcendent.

But it rarely is below that standard on State. Todd hasn’t made an album as consistently engaging as State since, oh, the aforementioned The Individualist. Less a stylistic exercise than No World Order (Todd raps) or 2nd Wind (Todd scores a musical) or even One Long Year (Todd throws together the disparate things he’s got lying around) – all sublime records in their own ways – State sounds very much like the work of a man who has a lot of great music left in him.

On “Ping Me” Todd digs out his stagey, enunciating balladeer voice, and aims to create an ode, an anthem, a soaring paean. Nobody does a thoughtful, complex love song like Todd, and this is another in a long line of these for him.

Titling a song “Angry Bird” might seem like a sop to disposable pop culture, 2013 edition. And maybe it is. Todd brings back his TR-i rapping persona for this track, backing himself with blobbing analog(ish) synths and percussion. In places it has a video-game feel, but it never feels cheap. And the lyrics suggest what would have happened if somehow Rundgren – instead of Roger Waters – had written the lyrics for Pink Floyd‘s Animals.

“Smoke” isn’t a cover of the old tune by Todd’s pals The Tubes, but rather a very modern-sounding synth-based number that wouldn’t be out of place at a rave, or wherever the kids go these days. Let’s call it EDM with intelligent lyrics. The drums (or, er, “drums”) are a bit less than impressive here – wasn’t Prairie Prince available? – but they don’t detract fatally.

Todd rocks hard on “Collide-a-Scope,” and in places it almost sounds like some death metal Cookie Monster vocals are woven into the mix. But his soul instincts are again combined with the techno feel that characterizes State as a whole. The thundering, throbbing bass synth lines on the chorus call to mind Flaming Lips circa Yoshimi Battles the Pink Robots.

Todd nearly always rewards his listeners with a yearning ballad, and “Something From Nothing,” with its ruminations on faith, will not disappoint those who come to Todd for thoughtful, contemplative lyrical subject matter. “Party Liquor,” on the other hand, goes in a different direction. It’s not unpleasant or grating, but the verses are fairly ordinary dance pop. Luckily the choruses more than redeem the song, but the track remains the only one on State that is less than thrilling. The record wraps up with “Sir Reality,” five-plus minutes of loveliness from Todd. Here he layers some tasty lead guitar and dripping-water sounds atop dreamy, gauzy, poetic music and lyrics. It’s a strong indicator that – should he choose to do so – Todd Rundgren can continue to create and release compelling albums of new material just as long into the future as he cares to. Let’s hope he does.